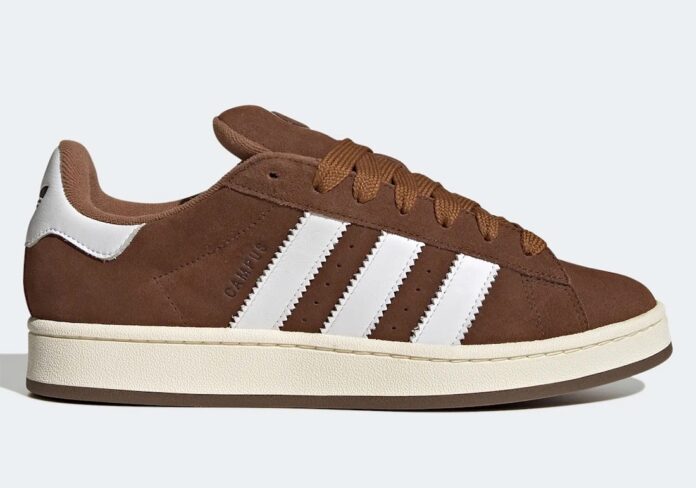 If you were into sneakers back in the early 2000s, there’s no doubt this new adidas model will have you reminiscing of the much more simpler days. Said to be making its debut stateside in the coming weeks, here is an official look at the adidas Campus 00s.

The adidas Campus 00s is said to be a new rendition of the adidas Campus silhouette. The adidas Campus 00s nods to early 2000s skate shoes and it nails it right on the head. This pair dons a Bark, Cloud White, and Off White color scheme consisting of a Brown premium suede upper contrasted by the White leather Three Stripes and heels. Notable details include the semi-fat laces and the wider and puffy tongues. An Off-White midsole atop a Brown rubber outsole round out the main features of the sneaker.

Retailing for $160, the adidas Campus 00s is now available overseas and it also expected to release stateside sooner rather than later. Is this a cop?

In Jordan Brand news, the Trophy Room X Air Jordan 7 has finally been given release info.