UPDATE (10/18): Originally expected to release on October 19th, the Air Jordan 9 Boot NRG Military Brown/Legion Green aka “Beef and Broccoli” has been pushed back to November 10th via SNKRS.

UPDATE (10/7): Nike has announced that the Air Jordan 9 Boot NRG Military Brown/Legion Green aka “Beef and Broccoli” will be releasing via SNKRS on October 19th for $225.

Inspired by design elements from the Special Field Boot, the Air Jordan 9 NRG Boot features a water-resistant coating and heavy tread, plus a durable leather and suede construction. Zoom Air units in the heel and forefoot provide plush, lightweight cushioning. 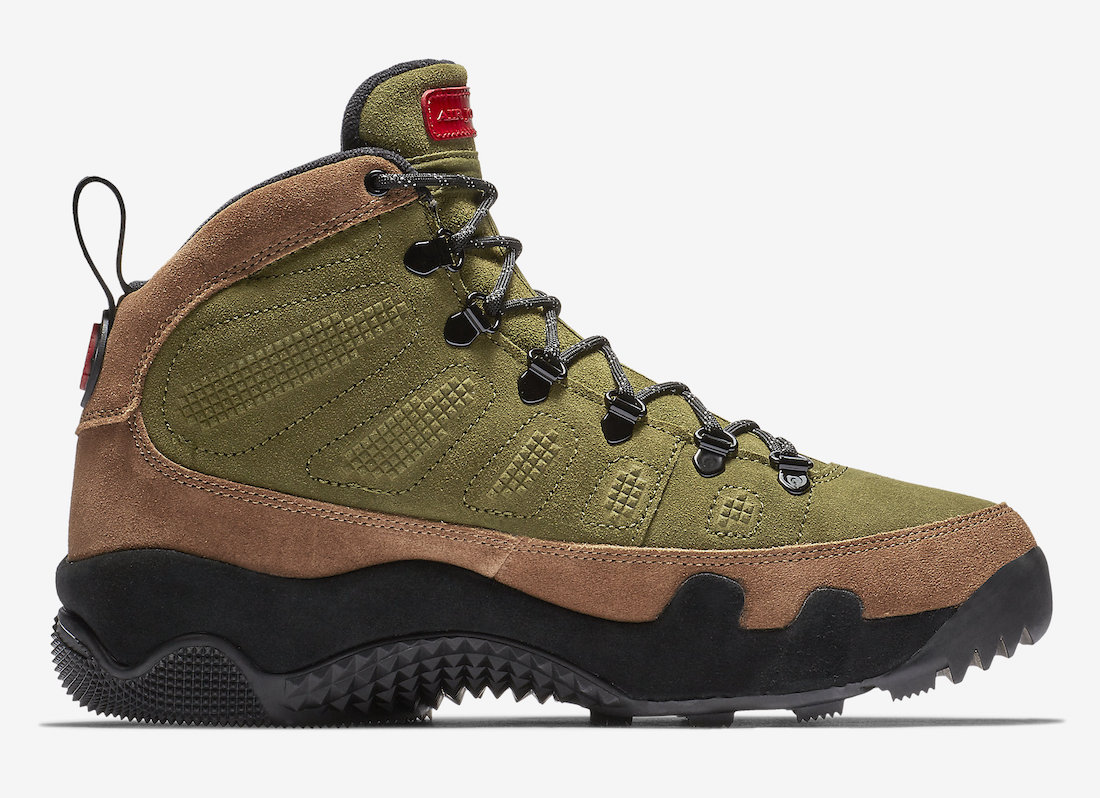