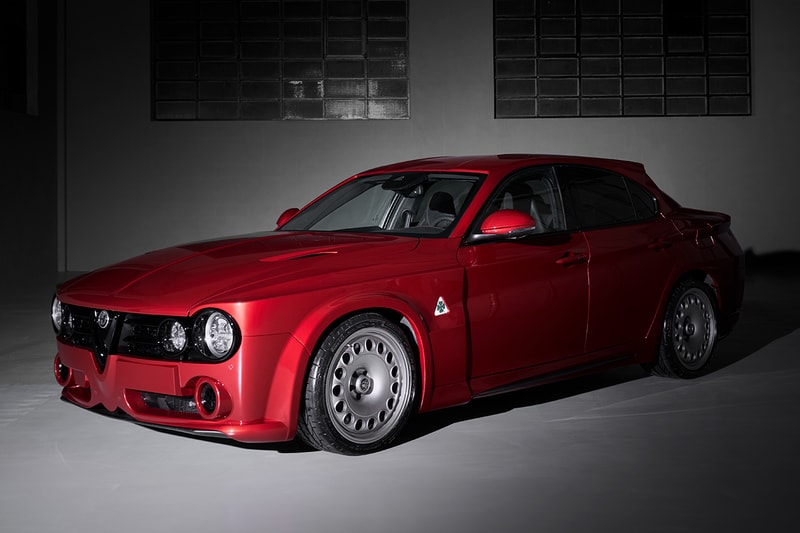 At last weekend's Concorso d’eleganza auto d’epoca Poltu Quatu Classic in Sardinia, a car from the lesser-known Turin-based company ErreErre Fuoriserie was born. Welcome to the -- quite frankly stunning -- Alfa Romeo Giulia by ErreErre Fuoriserie, an homage to and marking the 60th anniversary of Alfa's Giulia Tipo 105, the foundation for this new car's already iconic and recognizable design.

Unlike the current automotive trend that is restomodding, this is not an old car that's been given a Back to the Future facelift. Instead, this car started life as the Alfa Romeo Giulia Quadrifoglio and then became vintage-ified, a "retromod" if you will. Not only does it work, it also shows the timeless design of Italian automobiles such as the Tipo 105.

Here, the old car's round headlights now inspire the new car's front end, which sees a small Scudetto grille along with a further set of round spotlights towards the splitter. Everything else around the car is squared-off and chunkier, eschewing aerodynamics for an aggressive stance, which is set off neatly by the historically-inspired 19" rims.

As for the rear, you'll find an extra set of doors instead of a two-door set-up on its older brother, and a period-inspired boxy rear end. Underneath the hood is an untuned twin-turbo 2.9-liter V6 that's good for 503 HP and 442 lb-ft of torque, which is sent to the rear wheels via an eight-speed automatic.

Take a look at the Alfa Romeo Giulia by ErreErre Fuoriserie above, and air your thoughts about this retromod below. More information can be found on the company's website.

In other news, Honda has teased the all-new Civic Type R.