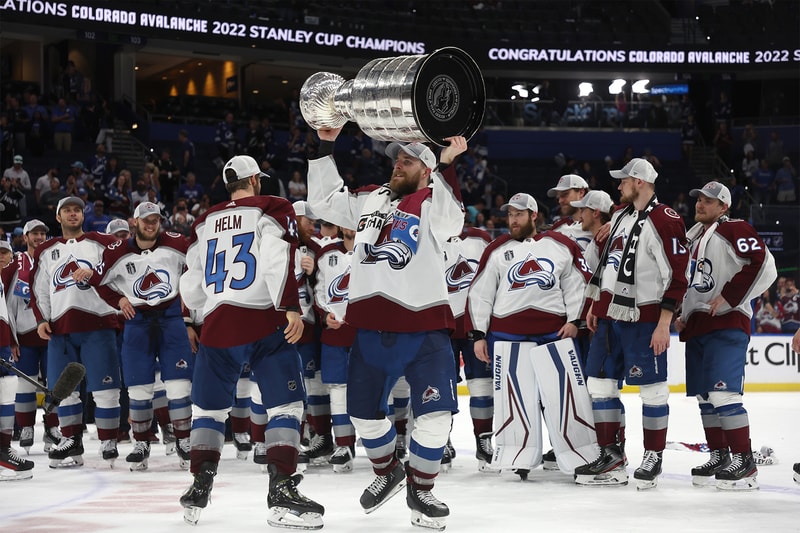 The Colorado Avalanch have defeated the two-time defending champions the Tampa Bay Lightning to be crowned this year's Stanley Cup Champions. Winning Game 6 with a score of 2-1, Colorado's points came from Nathan MacKinnon and Artturi Lehkonen with Darcy Kuemper saving 22 shots. For Tampa, Steven Stamkos scored the single goal while Andrei Vasilevskiy made 28 saves.

Celebrating the achievement with the team was the legendary NHL player and former Avalanche player-tuned general manager, Joe Sakic aka Burnaby Joe. He has now been a part of the team's three Stanley Cup wins, the first two as a player in 1996 and 2001. During the celebration, Nicolas Aube-Kubel skated over to the team carrying the trophy where he tripped and fell, causing a dent in North America's oldest professional sports trophy. Images of the dented silver have sense been circling the internet. Check out the clip below.

In other sports news, single football fans could face seven years in jail for having sex during the Qatar World Cup.