HomeEntertainment'The Lord of the Rings: The Rings of Power' Drops Haunting Trailer...
EntertainmentStyle

‘The Lord of the Rings: The Rings of Power’ Drops Haunting Trailer at Comic-Con 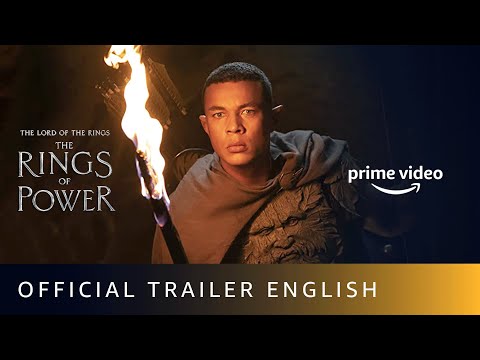 The three-minute preview provides context to the series' overall storyline, centering first on Galadriel (Morfydd Clark) standing among a vast pile of helmets in the aftermath of the last great war and later on the villainous Sauron's attempts to regain power during a time of prosperity for Middle-earth. At the end of the trailer, the monstrous balrog omits a recognizable roar, indicating that the haunted creature will play a role in the upcoming series.

Here's the official logline: "Beginning in a time of relative peace, the series follows an ensemble cast of characters, both familiar and new, as they confront the long-feared re-emergence of evil to Middle-earth. From the darkest depths of the Misty Mountains, to the majestic forests of the elf-capital of Lindon, to the breathtaking island kingdom of Númenor, to the furthest reaches of the map, these kingdoms and characters will carve out legacies that live on long after they are gone."

The Lord of the Rings: The Rings of Power will premiere on Amazon Prime Video on September 2. Watch the new trailer above.

Elsewhere in entertainment, FX has shared a new teaser for Atlanta season four.