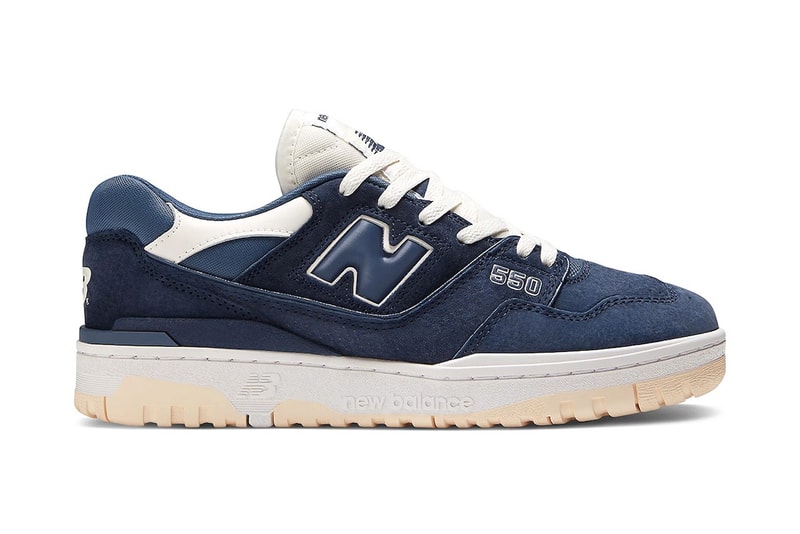 A release date for the upcoming New Balance 550 "Neutral Indigo" has been revealed.

Officially set to release on November 1, a majority of the model is crafted with suede along with hits of leather and mesh on the uppers. A neutral blue covers the silhouette with hints of white landing near the lining and on the tongue, while branding makes its way to the panel "N," tongue tag, "NB" heel logo and "550" insignia. The shoe rests on a branded white midsole and tan outsole, while white laces give it a clean finish.

Check out the shoe above. The New Balance 550 "Neutral Indigo" releases November 1 via New Balance and stockists for $120 USD.

Elsewhere in footwear, a release date for the New Balance 990v6 has been confirmed.