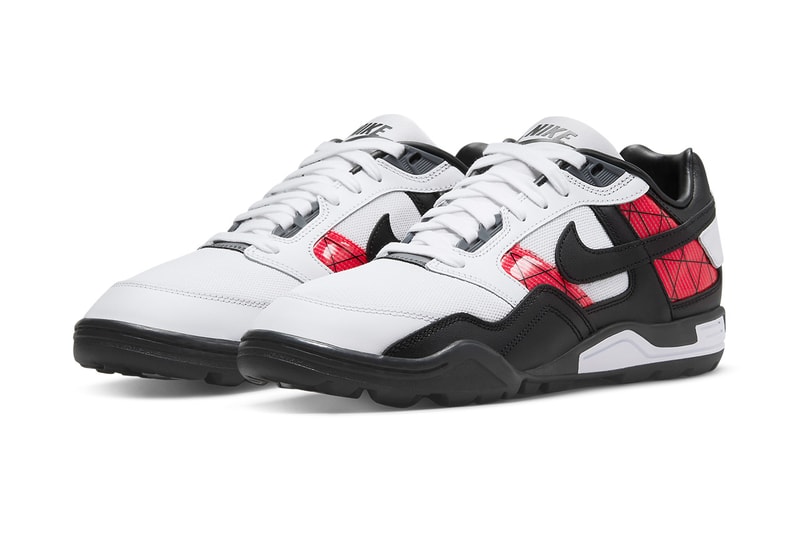 One of the most respected athletes from the late 80s and early 90s, Bo Jackson was a monster both on the football field and the baseball diamond. Throughout his two-sport career, he was the face of Nike's training footwear lineage, and one silhouette that the brand engineered for him for turf and grass field purposes was the Air Bo Turf. The model was first introduced in 1992 and was often seen on Jackson during his best season with the Oakland Raiders, and it's slated to make a glorious comeback.

The kicks are formatted in low-cut fashion and come bolstered with lockdown cables on the lateral and medial panels. A majority of the real estate is covered in "White," but black accents that drop off on the smooth leather overlays, Swooshes and interior liners give it some heavy contrast. Additionally, bold bursts of "Solar Red" poke out in the background of the aforementioned cables. "34" hits are placed on the heels of the right shoe to call out his jersey number while his signature motto "Bo Knows" graces the insoles.

A release date is currently expected for July 6 via SNKRS for $140 USD.

In other footwear news, first images of the COMME des GARÇONS Homme Plus x Nike Terminator High have appeared.