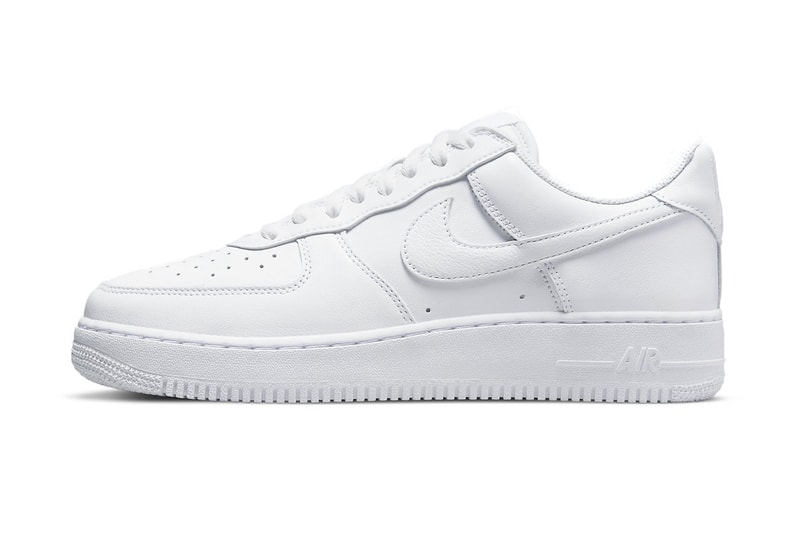 Continuing 40th-anniversary celebrations of the Air Force 1, Nike has now put together a limited-edition "Since 82" take on the iconic lifestyle model. Expressing a crisp and clean "Triple White" colorway, the shoe serves as an homage to those that like to keep their AF1s looking brand new.

The Nike Air Force 1 Low "Since 82" features a tonal design with premium white leather uppers. Additional detailing comes in the form of classic matching laces and stitching. Branding comes in the form of midfoot Swooshes, retro "NIKE AIR" embroidery at the rear, printed insoles and 40th-anniversary tongue tags. Finishing up the design of the shoe are matching AF1 sole units and a special "Since 1982" marked toothbrush.

Take an official look at the Nike Air Force 1 Low "Since 82" expected to release later this year above.