The Nike Dunk Low Syracuse Is Returning Next Month 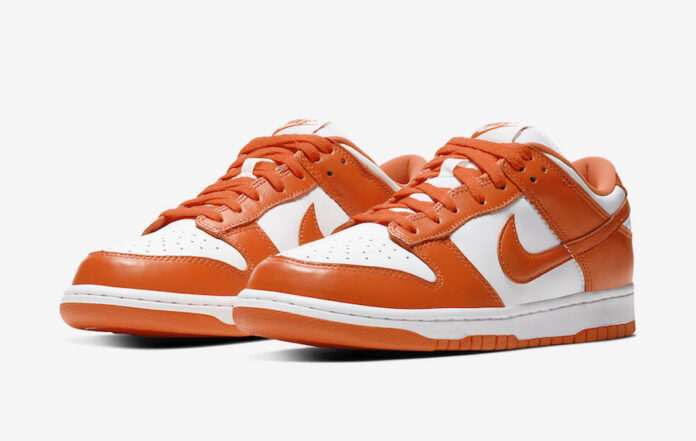 The Nike Dunk Low “Syracuse” aka “Orange Blaze” arrives at retailers today and it’s inspired by the Nike Dunk High “Syracuse” which last dropped in 2016 as part of the Nike “Be True To Your School” collection. Sporting a white leather upper contrasted by the defining orange overlays, even more hits of the bold hue can be found on the laces, Nike branding on the tongue label and lining. Finally, a white midsole and orange outsole round out the two-tone design.

Look for the Nike Dunk Low “Syracuse” at select Nike retailers stateside and online including SNKRS and the KicksOnFire Shop on March 14th, 2020. For a complete guide including official photos, release dates, pricing and where to buy, visit: Nike Dunk Low Syracuse.

UPDATE (10/19): After initially releasing on March 14th, 2020 for $100, Nike has announced that the Nike Dunk Low Syracuse will be making a return sometime during the month of November via SNKRS for the retail price of $110.