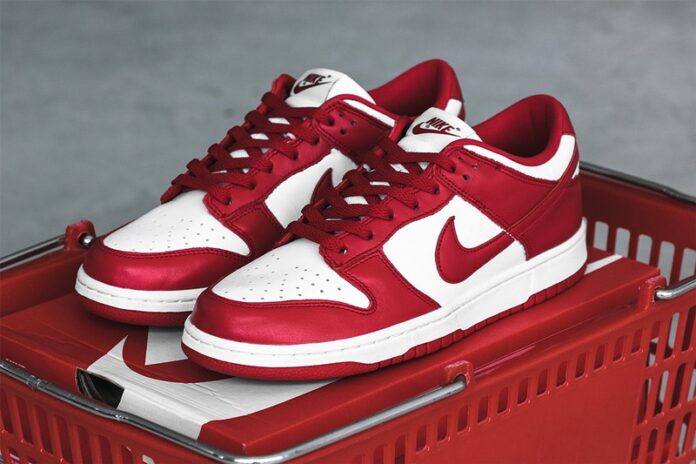 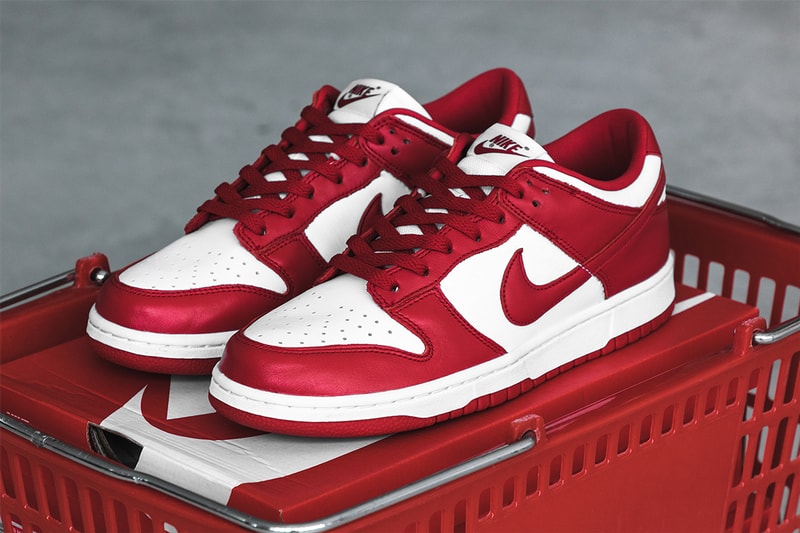 Throughout the year, Nike has restocked some of its most in-demand sneakers and silhouettes. Releases such as the Nike Dunk Low "Kentucky" and "Syracuse" returned while Tom Sachs' NikeCraft General Purpose Shoe "Studio" has revisited shelves twice since its debut in June. Now, the brand is expected to bring back another of its popular university-themed Dunk Lows, this time in "University Red." Since launching in 2020, it has reached secondary market prices upwards of triple the original retail price.

The colorway itself is almost identical to 2005's "St. John's" pair. A white leather base is joined by striking "University Red" overlays that are sure to suit a wide variety of organizations that sport the classic color combination. Traditional branding elements of red Swooshes, white embroidered "NIKE" text at the heel and a red Nike logo at the tongue add to the look while a stitched white midsole rests atop a red rubber outsole to complete it.

For those looking forward to the return of the Nike Dunk Low "University Red," it is currently expected to land on shelves once again via Nike and select retailers at a price of $110 USD sometime next year.

In other exciting footwear news, eBay and Nike SB have teamed up to honor the late Sandy Bodecker with a charity auction of their upcoming SB Dunk Low collaboration.