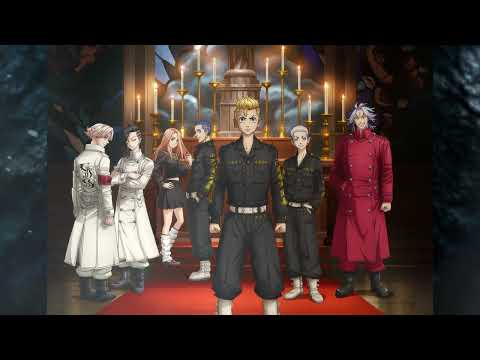 After announcing the end date for its manga series last month, Tokyo Revengers now delivers a brand new Season 2 trailer for its upcoming Christmas Showdown Arc anime. In the upcoming series, Tokyo Manji Gang (Toman) is set to face off against a formidable new force known as the Black Dragons.

The new trailer introduces central figures in the series, looking to explore the complicated relationships within the Shiba family which includes Hakkai Shiba, Black Dragons leader Taiju Shiba and their sister Yuzuha Shiba. Having been named Captain of Toman's 1st Division, Takemichi looks to work with vice-captain Chifuyu to ward off outside threats while preventing internal turmoil from the likes of Kisaki and Hanma. The teaser also hints at the return of Toman leader Mikey.

Below is a synopsis of the show from Crunchyroll.

Takemichi Hanagaki is a freelancer that’s reached the absolute pits of despair in his life. He finds out that the only girlfriend he ever had, in middle school, Hinata Tachibana, had been killed by the ruthless Tokyo Manji Gang. The day after hearing about her death, he’s standing on the station platform and ends up being pushed over onto the tracks by a herd of people. He closes his eyes thinking he’s about to die, but when he opens his eyes back up, he somehow had gone back in time 12 years. Now that he’s back living the best days of his life, Takemichi decides to get revenge on his life.

Take a look at the trailer above and expect the Tokyo Revengers: Christmas Showdown Arc to premiere in January 2023. Season 1 is currently streaming on Crunchyroll and other platforms.

Elsewhere in entertainment, Carlos López Estrada will direct the live-action Your Name adaptation.