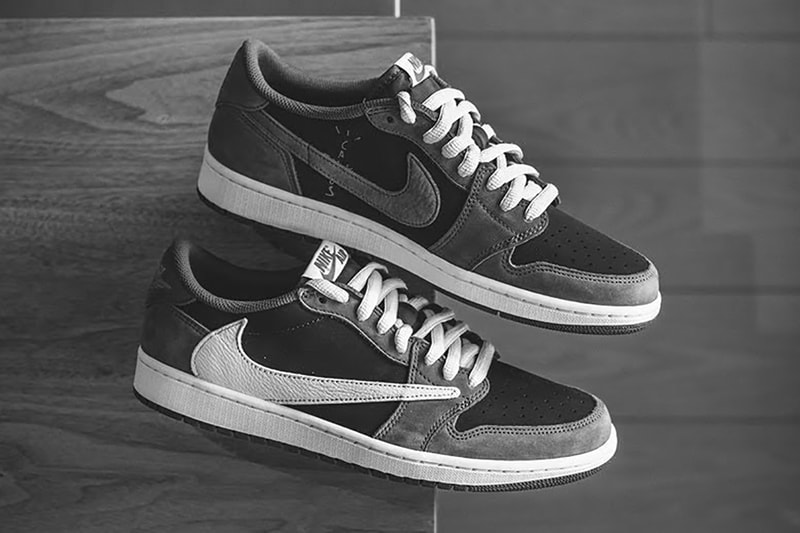 After going on a streak of dropping Air Max 1 and Air Trainer 1 collaborations with Nike, Travis Scott is headed into the second half of 2022 to revisit his partnership with Jordan Brand. It has already been confirmed that the two parties are in preparation to launch a "Reverse Mocha" Air Jordan 1 Low OG colorway, but now HYPEBEAST is learning that yet another variation of the model may be in the works. Early reports have stated that the Houston-born rapper has intentions of cooking up a "Black/Phantom" makeup for this year's holiday season.

So far, we've only seen a mock-up of the sneakers, but its moniker suggests that the shoes will be designed with a stealthy palette. It's likely that the chart-topping rapper's forthcoming offering will stick to its normal suede overlay and nubuck underlay presentation, the former of which could be dyed with a "Phantom" exterior while the latter will contrast with "Black." Scott's signature flipped Swooshes are expected to arrive on the kicks, as well as the traditional Cactus Jack branding on the heels and insoles.

As of now, the shoes are lined up for a December 15, 2022 release, but this has yet to be confirmed.

For other news, official images of the Air Jordan 1 High "Taxi" have appeared.