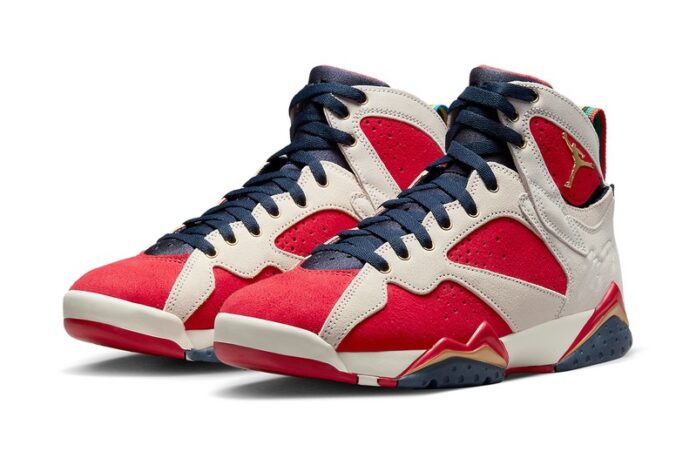 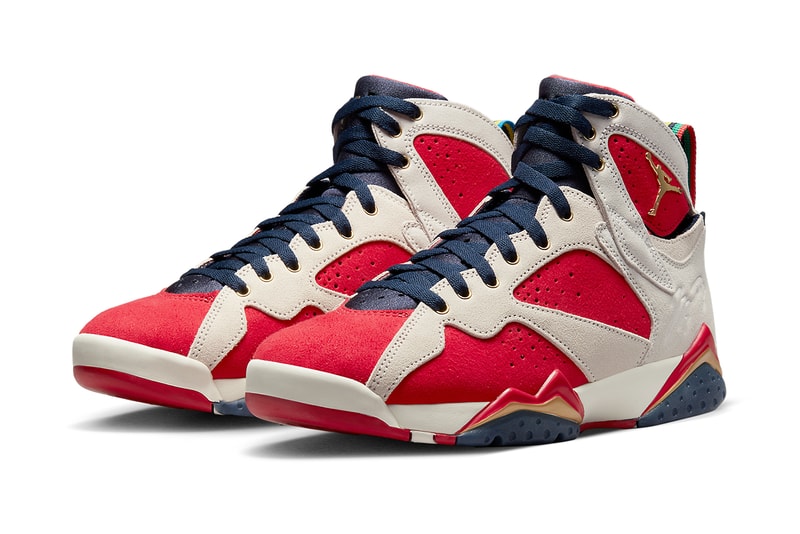 Marus Jordan is arguably in the best position to tell compelling stories through footwear releases given his relationship with his father and six-time NBA champion Michael Jordan. And this November, he's expanding upon his Trophy Room sneaker catalog with a brand new Air Jordan 7 collaboration. Titled the "New Sheriff in Town" colorway, this latest offering honors MJ’s call-out to hoop legends Larry Bird and Magic Johnson as he would dominate them in Team USA scrimmages during the 1992 Barcelona Olympics.

The kicks were unveiled through official imagery back in September, but Trophy Room has officially announced its release dates and posted its playful campaign video. Tapping into the shoe's motif, the Orlando-based retailer has created a, playful western-inspired short film that keys in on a sheriff who makes a dramatic entry into town. He pulls up in a red sports car, and as he hops out, you'll notice that instead of rustic cowboy boots, he's sporting the collaborative Air Jordan 7 colorway.

For this launch, Trophy Room has decided to conduct an in-store raffle for its men's and grade school sizes. Locals can enter the raffle until 8pm EDT on November 3 and winners will be contacted on November 4. Apparel will also be available to buy for the lucky winners.