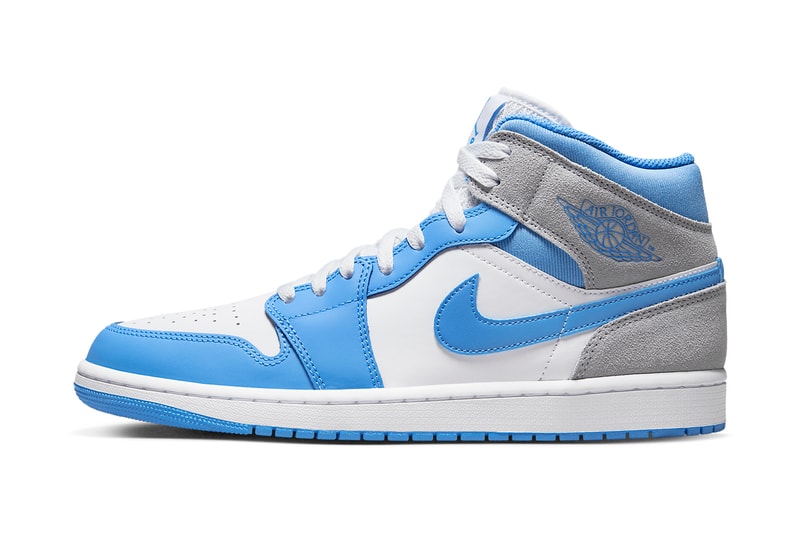 Nike struck gold with the Air Jordan 1 back in 1985. Not even the Swoosh could have imagined how the sneaker would hold up decades later with all of the different looks it would take on. Aside from the colorways and collaborations on the original high-top silhouette, additional variants of the model such as the Air Jordan 1 Low, Air Jordan 1 KO and Air Jordan 1 Mid have all established themselves with the original's DNA.

Now, the Air Jordan 1 Mid takes on a classic "University Blue" look that pulls from the University of North Carolina's school colors. A typical white leather upper features overlays in "Carolina Blue" and gray suede towards the heel. The Swooshes also carry the bright blue while the mesh tongue opts for white. This color duo continues at the sole unit where white hits the midsole and blue covers the outsole, completing the look.

A release date has not yet been announced for the Air Jordan 1 Mid "University Blue," however, its expected to launch soon via Nike and select retailers at a price of $120 USD.

In other Jordan Brand news, the Air Jordan 1 Mid is also releasing in an "Olive Toe" colorway featuring a canvas upper.