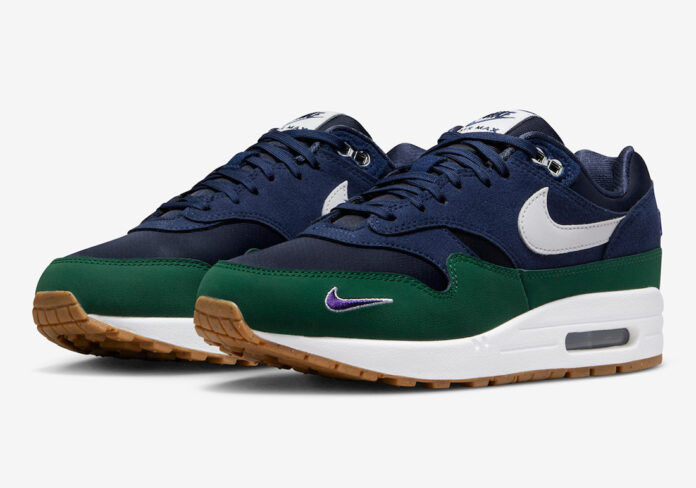 Making its debut in the coming weeks, here is an official look at the Nike Air Max 1 Gorge Green.

Set to be one of several releases given the varsity jacket-themed aesthetic, this special iteration of the Air Max model is highlighted by the varsity jacket-themed branding on the heels. Done in an Obsidian, White, Midnight Navy, and Gorge Green color scheme, the sneaker’s upper is constructed in a mix of nylon, suede, and leather materials all while being placed atop a Gum speckled outsole. Finishing details include metal hardware on the top eyelets, an embroidered mini Swoosh on the toe cap and a White midsole.

UPDATE (9/28): Nike has announced that the Nike Air Max 1 “Gorge Green” will be releasing in women’s sizing via SNKRS on September 30th for $150.