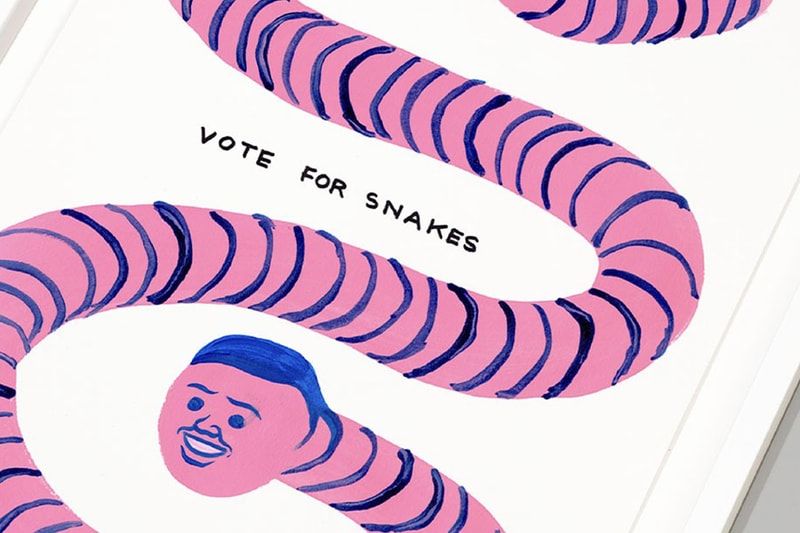 Void Deck is a non-confirmative art dealership and exhibition space that aims to bring unique, often otherwise overlooked, conversations to the world of art. For Void Deck, art is and should always be accessible and inclusive, and what better way to welcome onlookers in than by inviting thought-provoking artists David Shrigley and Joan Cornellà into the space to take the reins.

Shrigley and Cornellà both have distinct, differing influences which inform their work, as Shrigley hails from the United Kingdom and Cornellà grew up in Spain. But the connecting thread between the cartoonists’ work is that they both set out to question the widely-accepted norms and everyday, monotonous routines this contemporary world follows.

From June 12 to 20, Shrigley and Cornellà’s combined brain power and shared inquisitive nature will be showcased at Singapore’s Void Deck, through an exhibition titled VOTE, supported by DDT Store. VOTE was first unveiled by the artists in March. This showcase will consist of the eight previously revealed silkscreen prints along with sculptural works that play upon both Shrigley and Cornellà’s dark humor. As a first-time occurrence at Void Deck, VOTE will also include exclusive digital, collaborative artworks as well.

The visual works in this display call on audiences to ask more about why we do the things that we do from day to day, and why we abide by certain unspoken rules without any further investigation. VOTE is the manifestation of a new generation that is not afraid to ask, “Why?,” and Shrigley and Cornellà’s hope that opening this door will continue to push new-age leaders and the general public to overcome complacency.

The exhibit wouldn’t truly be reflective of Shrigley and Cornellà’s values if it was completely straight-edge, so the artwork will be accompanied by an array of entertaining activities and a potential notable visitor. The exhibition is open for private display June 10 to 11, then to the public beginning on June 12 to the 20.

In case you missed it, Saint Laurent enlisted six photographers for their SELF 07 Art Series.