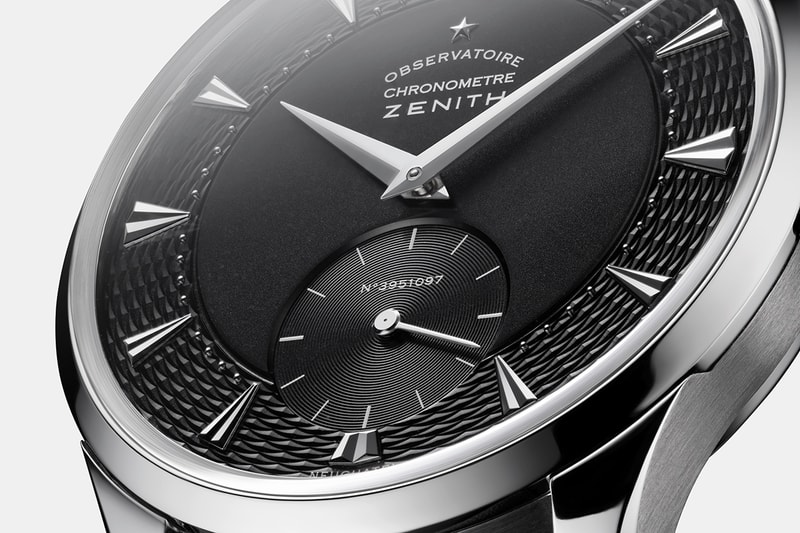 Watchmaker Kari Voutilainen has restored ten of the most-awarded Observatory chronometer movements in history for a new Zenith limited edition.

Each of the movements took part in, and won, observatory chronometer competitions, lengthy accuracy tests staged at observatories which were a huge point of pride within the watch industry during the 19th and 20th Centuries, not to mention a useful marketing tool for selling watches. Zenith excelled at such competitions, amassing 2,330 wins in total, and the Calibre 135-O - a version of the Calibre 135 made solely for the trials - became the most decorated of any observatory chronometer calibre, with 230 awards to its name.

The 10 examples selected for this run come from 1950-1954, when Zenith won five consecutive competitions. Voutilainen’s work adds an aesthetic element that was never intended as the movements were designed purely for precision.

“These calibres were made for competitions,” says Alexandre Ghotbi of Phillips. “They were not made to be worn or to be aesthetically pleasing. So, if we’re going to make a wristwatch out of this legendary calibre, who should we ask to take it to the next level? Immediately we said, Kari Voutilainen. He’s an absolute master.”

The movements are restored and then hand-decorated by Voutilainen with hand chamfered and polished edges on the gold-coloured bridges, bevelled and polished screw-heads, circular graining on the main plate, snailed brushing on the ratchet and crown wheels.

The movements are then housed in entirely new 38mm platinum cases - as observatory calibres were tested uncased - with black sterling silver dials (from Voutilainen’s dial-maker, Comblémine) with a ‘fish-scale’ guilloche motif and glassbox sapphire crystals to create the 10-piece Calibre 135 Observatoire.

Each movement’s unique serial number is inscribed on the seconds sub-dial at the six o’clock, while the dial is signed ‘Neuchâtel’ as the home of Zenith, Kari Voutilainen and the historical Observatory where the movement competed and won.

In other watch news, MB&F releases the world's most functional chronograph.