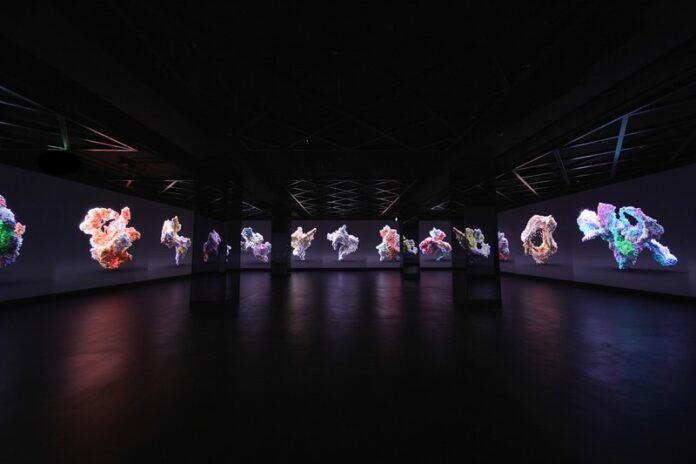 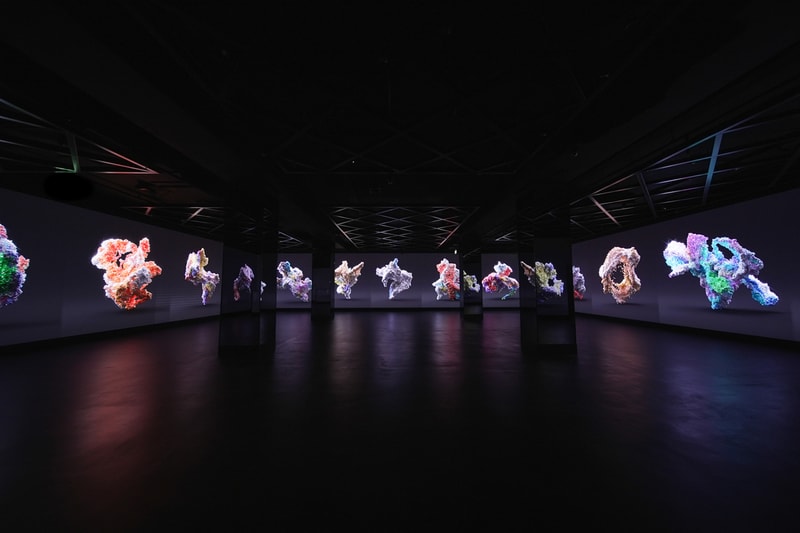 Back in January, Harry Yeff (Reeps100) and Trung Bao embarked on a rather ambitious art project. Instead of creating sculptures in a traditional sense, the technologists presented a virtual museum filled with sculptural sound bytes made from prominent figures, AI-generated sounds, dying languages and even the voices of critically endangered species.

“VOICE GEMS is a technology-driven project which offers a novel form of digital and spiritual ceremony, with the human voice at its core," said Reeps100 in a statement. "The gems we have created contain messages of love, death, hope and legacy. People desire a new way to define these themes and preserve memories, and we are providing them with an opportunity to accomplish this. Following our launch, we received hundreds of messages requesting gems from the voices of loved ones. I believe there is room for future traditions around the data and media we leave behind."

Mapped across the 4,300-square-foot space are wall-to-wall LED screens exhibiting colorful gemstones, including a new lab-grown artwork titled The Everlasting Memory — a collaboration with English football legend, Sir Geoff Hurst, the first man to score a hat-trick in a World Cup final — who recalls the event through a personal recording.

"We (W1 Curates) love the fact that the Voice Gems is a saved moment in time that can be related to a loved one, a moment or an iconic figure you’ve aspired to for many years. Voice Gems are not only a powerful art project, it’s a real statement of time," said W1 Curates founder, Mark Dale.

For more on art, Listening Forest might take the prize for most immersive exhibition of the year.

Hysteric Glamour and WIND AND SEA Reconnect for Punk Staples