Homesports’Welcome to Wrexham’ Trailer Follows Ryan Reynolds and Rob McElhenney as They...
sportsStyle 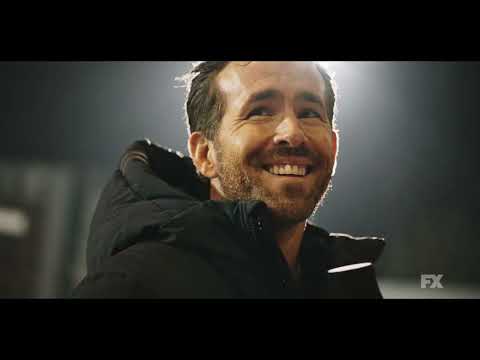 Welcome To Wrexham has unveiled its new trailer, teasing a glimpse of Ryan Reynolds and Rob McElhenney's venture into the football world. The docuseries produced by Reynolds and McElhenney follow the duo's journey to running the world's third oldest professional football club, Wrexham AFC.

"From Hollywood to Wales, from the pitch to the locker room, the front office to the pub, Welcome to Wrexham will track Rob and Ryan's crash course in football club ownership and the inextricably connected fates of a team and a town counting on two actors to bring some serious hope and change to a community that could use it," reads the series' official synopsis.

The trailer showcases the pair learning more about their new surroundings as they get to know their fans, examine the facilities, and attend their first football match. The pair gained ownership of Wrexham AFC in 2020, in which the team finished the 21/22 second place in the National League.

Reynolds also took to his social media to share the trailer with his followers, captioning: "No pressure." McElhenney also shared on his social, stating: "I fell in love with a sport, a town and a movie star. I couldn't help it."

Watch the trailer for Welcome To Wrexham above. The docuseries premieres on Disney+ and Hulu on August 25.

In case you missed it, Sam Kerr becomes the first ever female footballer to grace the FIFA cover.