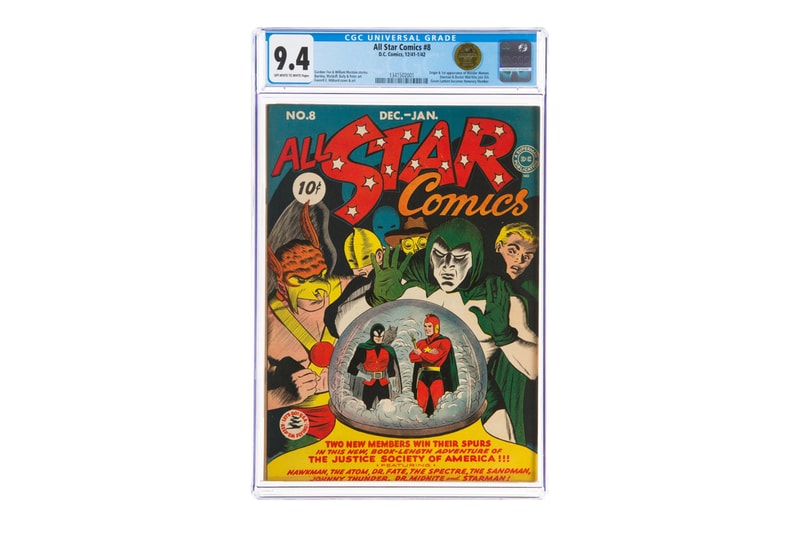 Wonder Woman's comic book debut has now fetched seven figures over at Heritage Auctions. The Amazonian warrior's first-ever appearance in DC Comics came in the eighth issue of All Star Comics, which was published in 1941. Despite more than seven decades having gone by, a lucky collector still had a copy of the book that earned a 9.4 CGC Universal Grade rating, and Heritage Auctions has now sold it at a staggering $1.62 million USD.

Aside from the Wonder Woman debut, another comic book also shared the spotlight: the cover art from the first issue of The Dark Knight Returns from the '80s, created by Frank Miller and Lynn Varley. The piece managed to reach an auction price of $2.4 million USD, topping the charts for the event. Overall, the auction totaled $24 million USD, with other notable sales including two Fantastic Four #1 copies that sold for $420,000 USD and $240,000 USD as well as a copy of the 29th issue of Detective Comics that went for $276,000 USD. Even an issue of Amazing Spider-Man managed to fetch $43,200 USD, setting a new record for comic books from the 2000s period.