A Jak and Daxter: The Precursor Legacy Unofficial PC Port Has Been Released Online 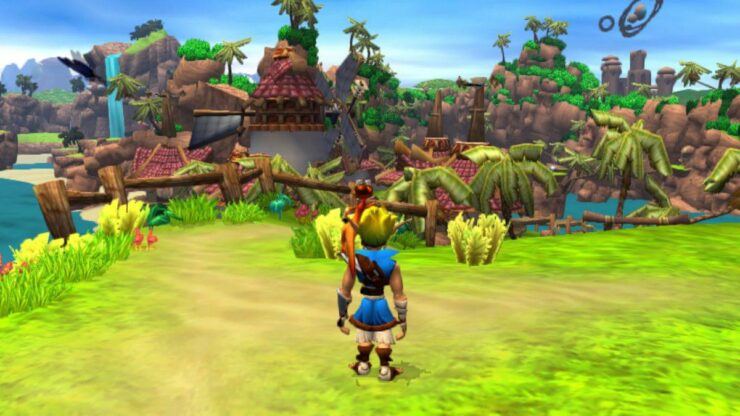 A Jak and Daxter: The Precursor Legacy unofficial PC port has been released online, allowing players to enjoy the classic platform game by Naughty Dog natively on PC.

The port, which has been showcased in a new video shared by @SteveBH on Twitter, uses an OpenGL renderer, it's fully playable and comes with some additional options not found in the original release. Audio, unfortunately, is missing, so for a truly fully playable experience on PC, players will need to resort to emulation. The team behind this port also plans to release Jak II and Jak 3 native PC ports, which will definitely be more interesting to see in action, given how they are more technically advanced and much bigger in scope than the first entry in the series.

Daaaamn, these decomps are getting insane!

JAK AND DAXTER PC PORT!!! Nope, not even kidding. Litterally Jak 1, running natively on PC. And it's got some new options in the menu too!

This project is to port Jak 1 (NTSC, "black label" version) to PC. Over 98% of this game is written in GOAL, a custom Lisp language developed by Naughty Dog. Our strategy is:

The Jak and Daxter: The Precursor Legacy unofficial PC port can be downloaded from GitHub. It requires a copy of the game to extract the required assets.

The post A Jak and Daxter: The Precursor Legacy Unofficial PC Port Has Been Released Online by Francesco De Meo appeared first on Wccftech.