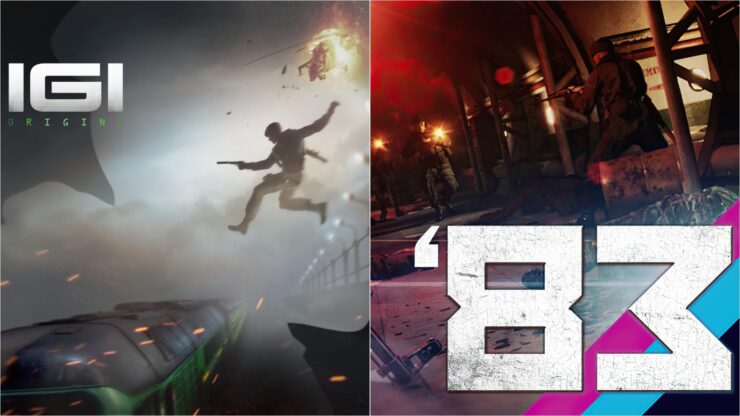 Earlier this month, UK developer AntiMatter Games (known primarily for Rising Storm and Rising Storm 2: Vietnam) announced that it would switch to Unreal Engine 5 for its upcoming projects, the stealth game IGI: Origins and the cold-war based Rising Storm spiritual successor titled '83.

Rich Barham, CEO of AntiMatter Games, also said that the latter game has had its development paused while the studio focuses on completing IGI: Origins.

At AntiMatter Games, we are fully committed to bringing the best game experiences for our players. As part of this initiative, our team has been hard at work and is delighted to share updates on our current projects.

First, we are thrilled to announce that we have moved to Unreal Engine 5! We are confident that the update to the new, superior engine will make a significant impact on our games and ensure we deliver on our promise. With that goal in mind, we will be shifting gears and focusing our development efforts on ensuring we create the best game experience for 161: Origins. The game has received overwhelming support from our community thus far, and we can't wait to share more. In the meantime, we will continue to provide regular development updates via Mission Briefings on our YouTube channel:  youtube.com/c/AntiMatterGamesUK

Lastly, as we concentrate our efforts on making IGI: Origins everything it can be, we will be pausing the development of '83 for the duration. We believe that bringing the full team together will allow us to set the quality bar for MI even higher.
Our team is extremely excited about the possibilities the latest engine technology can have for our games, and we look forward to sharing more about our development progress in the coming months.

IGI: Origins was first unveiled in November 2019 and it's still scheduled to be released in 2022, according to Steam. However, today's Enad Global 7 report does not include the game in this year's lineup, placing it on the medium-term pipeline instead.