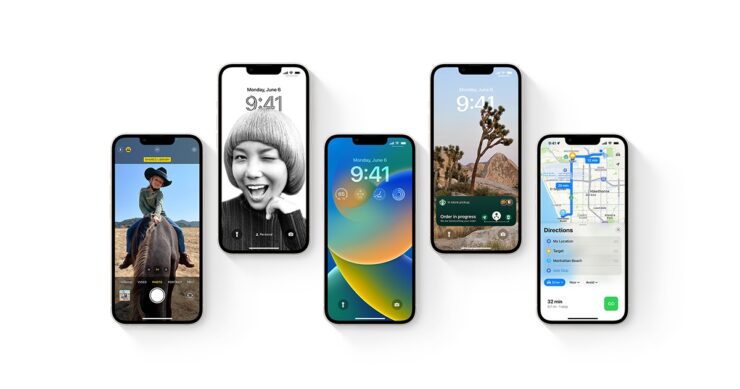 Apple introduced its latest iOS 16 platform to the world last month alongside macOS 13 Ventura and much more. The platform brings major changes to the table which included a completely redesigned Lock Screen. Other than visual changes, the company also embedded a plethora of under-the-hood changes. We are now hearing that Safari on iOS 16 and macOS 13 Ventura will finally gain the ability to show AVIF images. Scroll down to read more details on the subject.

Apple will launch its iOS 16 and macOS 13 Ventura updates publicly later this year, potentially in September alongside the new iPhone 14 series. The news was shared by Jen Simmons on Twitter and if you are unfamiliar, AVIF is the file format that compresses files without compromising the quality of the image. Usually, when users convert images to the JPG format, the quality gets neglected.

Other than the smaller file size, AVIF format also features transparency and HDR support. In addition, you can also use the format for animation such as a GIF. At this point, Apple's iOS 16 and macOS 13 Ventura rest in the developer phase and the company will potentially release it to the general public in September alongside the iPhone 14 series and Apple Watch Series 8.

Guess who just added support for AVIF images on macOS Ventura and iOS 16.

Also, we implemented the `text-align-last` property in Safari Technology Preview 149. Plus many many other additions, updates, and fixes. Click through to read the release notes to find out what they are. https://t.co/y3rTgmxqF7

iOS 16 is a major update considering the number of features Apple has added to the mix. The Lock Screen on the iPhone and Stage Manager on macOS 13 Ventura are two of the most significant features that we are looking forward to. You can check out more details on iOS 16 in our announcement post.

This is all there is to it, folks. How did you like the new addition? Share your valuable insights with us in the comments section below.

The post Apple is Adding AVIF Image Support to Safari With iOS 16 and macOS 13 Ventura by Ali Salman appeared first on Wccftech.