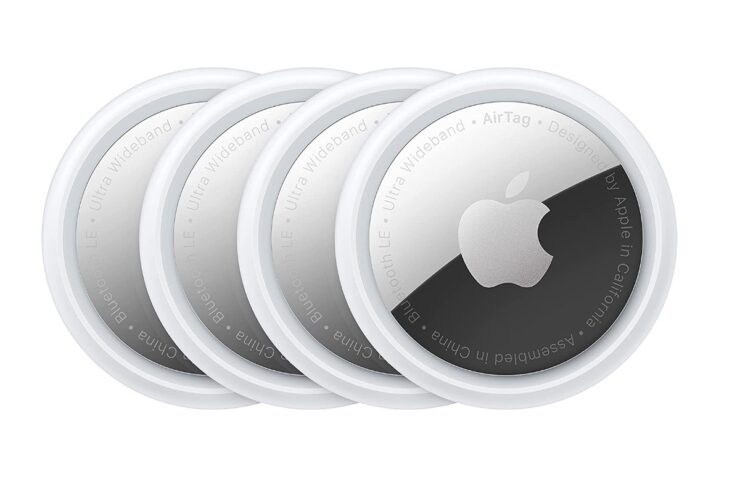 The AirTag managed to turn into an extremely useful product overnight and now the 4-pack is currently $84.99 only on Prime Day 2022.

There are a ton of item trackers to choose from but nothing comes close to the usefulness of the AirTag if you're well invested into the Apple ecosystem. It uses the Find My network to track your items which makes it extremely reliable. And if you wanted to buy several AirTag trackers together then you can save money on it as well, thanks to Prime Day.

For Prime Day only, Apple is selling a pack of four AirTag trackers for just $84.99. The regular retail price of the 4-pack sits at $99 therefore this deal saves you $15 without having to do anything at all.

Setting up the AirTag is extremely easy. Just unbox the tracker, pull the tab on the battery and it comes online. Bring it close to an iPhone and you can set it up instantly. Simply give it a name and it will instantly show up on a map in the Find My app.

Even if you're not close to your belongings and someone with an iPhone, iPad, Mac or literally any Apple device walks by, the position of the AirTag will be known to you in Find My. If you're close by, you can find the precise position of the tracker using a feature called Precision Finding.

If someone finds your AirTag, they will see a pop-up on their device so they can contact you. There are a bunch of great things you can do with an AirTag and it's a great accessory to own if you're knees deep into the Apple ecosystem.

This deal does not require any discount code or coupon.

The post Apple’s AirTag 4-Pack is Selling for $84.99 on Prime Day [$15 Off] by Uzair Ghani appeared first on Wccftech.