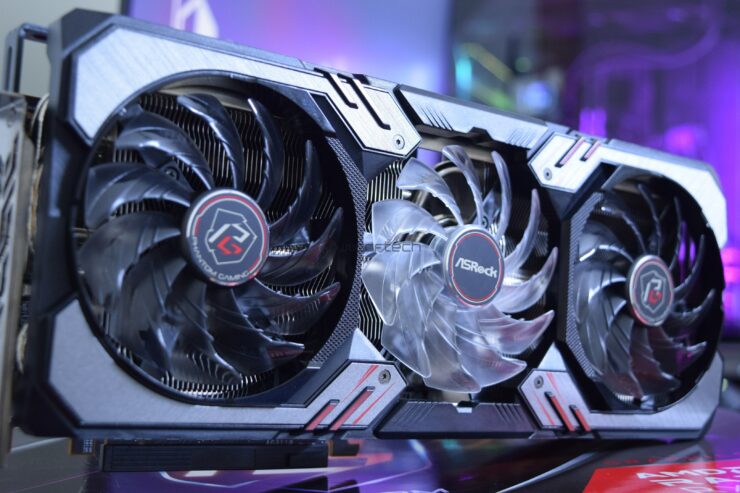 AMD showcased some impressive performance uplifts with its first outing of the RDNA 2 graphics architecture infused within the DNA of the Radeon RX 6000 series lineup. Now, more than a year since its launch, AMD has decided to refresh its entire Navi 2X portfolio of graphics cards with the latest Radeon RX 6950 XT, RX 6750 XT, and RX 6650 XT.

The 2nd Generation RDNA 2 architecture delivers an impressive leap in performance per watt while offering a range of new features. Now, these features and the same performance uplift are coming to higher-performance optimized variants which include the latest feature set & offer higher clocks. 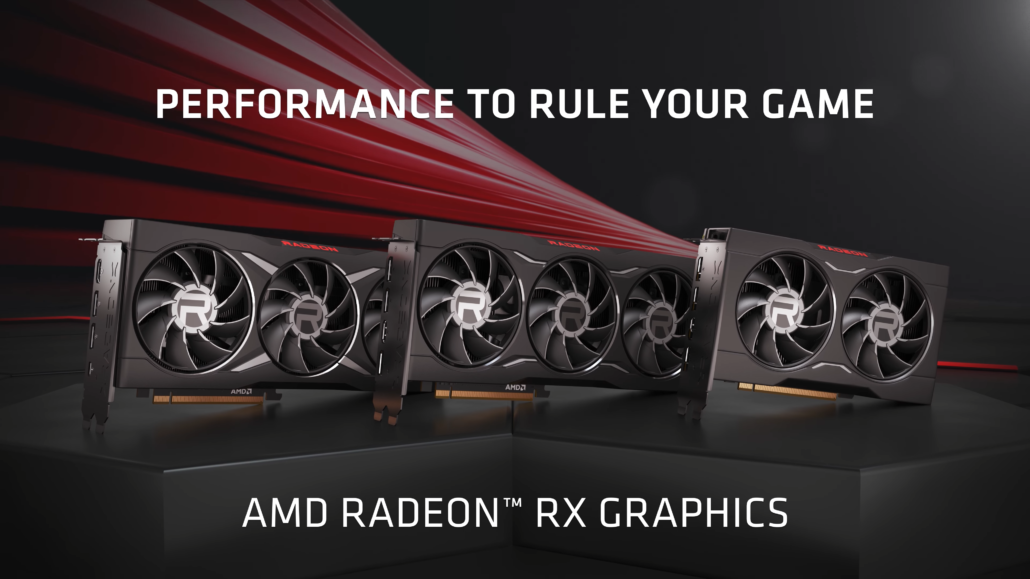 The AMD RDNA 2 architecture for its Big Navi Radeon RX 6800/RX 6900 & mainstream Radeon RX 6700/RX 6600 series graphics cards have a lot to offer. In addition to architectural enhancements, you can expect hardware-accelerated ray tracing, smart access memory, Infinity Cache, and a lot more features on the deck which make the lineup one of the most competitive enthusiast families that AMD has ever positioned against NVIDIA.

Some of the main features of the AMD Radeon RX 6000 series graphics cards include:

The AMD Radeon RX 6950 XT will come packed with the Navi 21 KXTX GPU in its fully-enabled die config featuring 80 Compute Units or 5120 SPs. The card will also feature 16 GB of GDDR6 memory across a 256-bit bus interface. There are also 80 Ray accelerators for ray-tracing enablement on the graphics cards (one RA per Compute Unit). The graphics card will operate at a GPU clock of 2.1 GHz and a boost clock of 2310 MHz. That's an increase of up to 4% over the RX 6900 XT reference model which clocked at 2015 and 2250 MHz, respectively. The graphics card will offer up to 23.65 TFLOPs of peak FP32 performance. 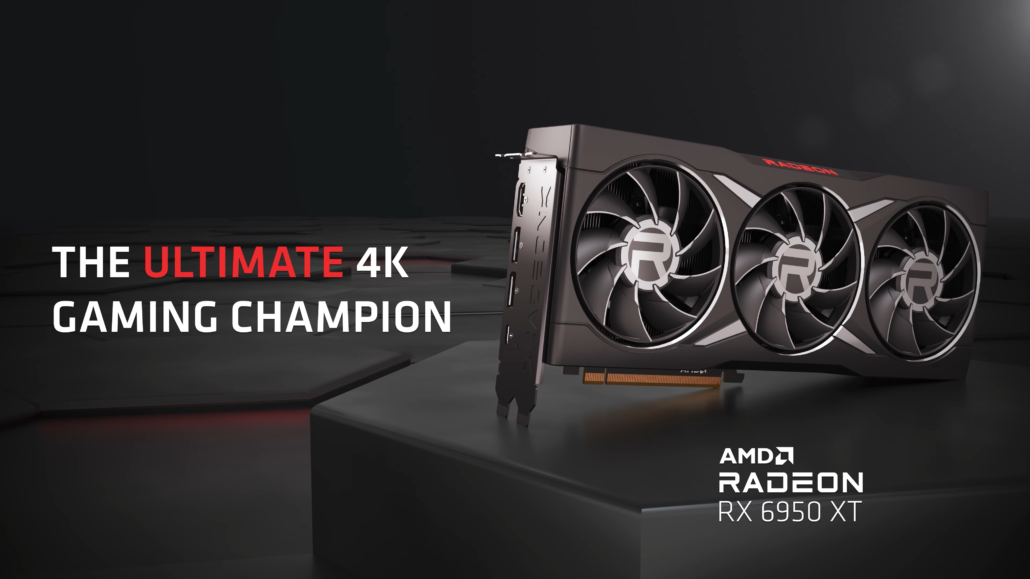 In addition to the standard memory, the Radeon RX 6900 XT graphics card will also feature 128 MB of Infinity Cache on the GPU die. The cache will help boost bandwidth for higher performance at resolutions beyond 1080p HD. The 128 MB Infinity Cache boosts the standard 512 GB/s bandwidth by 3x, delivering an effective bandwidth of up to 1.728.2 TB/s. The graphics card will feature 18 Gbps GDDR6 memory dies, delivering an effective bandwidth of 576 GB/s. The card will rock a 335W TBP (a 35W bump over the RX 6900 XT).

As for the design of the graphics card, it will ship in the same 'Midnight Black' flavor as the 6800 XT Limited Edition with a 2.5 slot cooler, a massive triple-fan cooled heatsink, and power provided by 2 8-pin connectors. In terms of performance, the Radeon RX 6950 XT should offer 4-5% better GPU performance than the RX 6900 XT and around 10% better performance than the RTX 3090, making it around as fast as the RTX 3090 Ti.

The AMD Radeon RX 6750 XT will be packing the Navi 22 KXT GPU and feature 40 compute units which are equal to 2560 stream processors. The graphics chip also features 40 Ray accelerators for raytracing capabilities on the RDNA 2-based GPUs. The graphics card will come clocked at 2495 MHz 'Game' and 2600 MHz 'Boost' clocks, an increase of up to 3% versus the 2424 MHz 'Game' & 2581 'Boost' clocks of the RX 6700 XT, respectively. The gra[jocs card will offer 13.31 TFLOPs of peak FP32 performance. 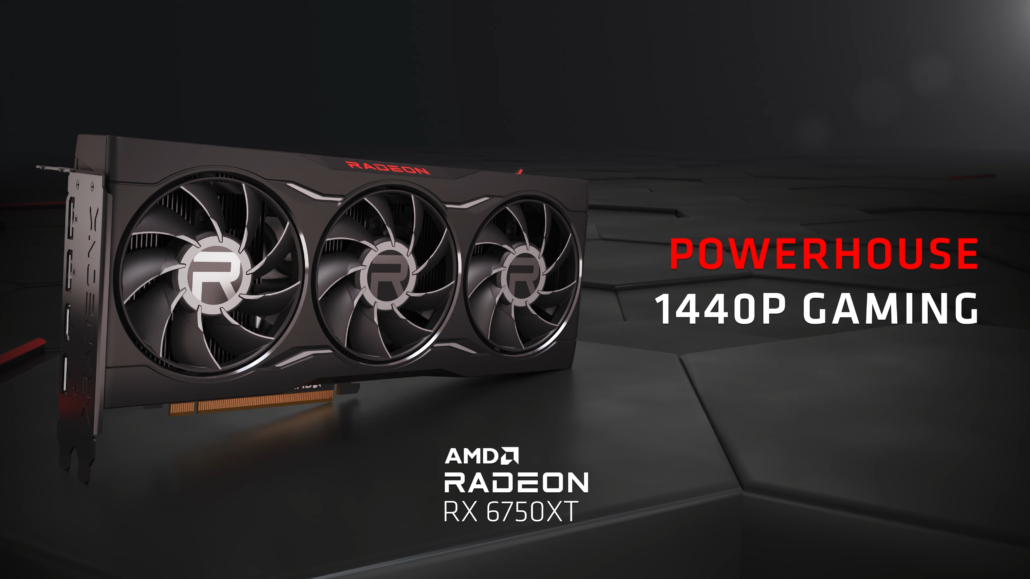 The graphics card will feature a 12 GB GDDR6 memory buffer along with a 192-bit bus interface. AMD will be using 18 Gbps dies which would net a total bandwidth of 432 GB/s for the cards. The GPU additionally packs 96 MB of Infinity Cache. The effective bandwidth is rated at 1326 GB/s with the Infinity Cache, an increase of 3.06x.

The GPU will be fully Gen 4.0 compliant. As for the TBP, the card will feature a 250W (a 20W bump over the RX 6700 XT) design. This is solely due to the use of higher clock memory dies which will lead to increased power consumption. The graphics card will get a brand new triple-fan 'Midnight black' reference design with a dual-slot design and power provided through an 8+6 pin connector configuration. In terms of performance, the RX 6750 XT is going to be around 7% faster than the RX 6700 XT and on par with the RTX 3070 graphics card.

Lastly, we have the AMD Radeon RX 6600 XT graphics card which will be powered by the Navi 23 KXT GPU, featuring 11.06 Billion transistors packed within a 237mm2 die. The Navi 23 GPU features 32 Compute Units with a total of 2048 stream processors. The card will also rock 32 MB Infinity Cache and features an 8 GB GDDR6 memory capacity running across a 128-bit wide bus interface at pin speeds of 17.5 Gbps for a total bandwidth of 280 GB/s and an effective memory bandwidth of up to 468.9 GB/s, an increase of up to 1.67x. 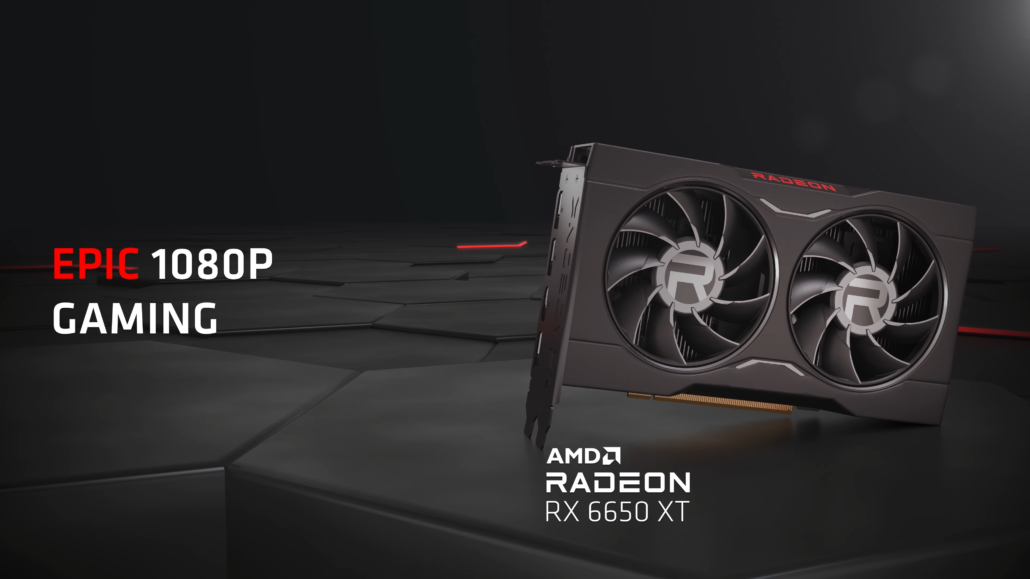 Just like the Radeon RX 6600 XT, the card will operate with a single 8-pin connector and TBP will be rated at 180W, a 20W bump over the RX 6600 XT. The graphics card will get a brand new dual-fan 'Midnight black' reference design with a dual-slot design and power provided through a single 8-pin connector configuration. In terms of performance, the RX 6650 XT is going to be just 2% faster than the RX 6600 XT but 23% faster than the RTX 3060.

There is also going to be a small price difference too for the new AMD Radeon RX 6000 Refresh cards.

In case you want to read our full AMD RDNA 2 GPU architecture deep dive, head over to this link.