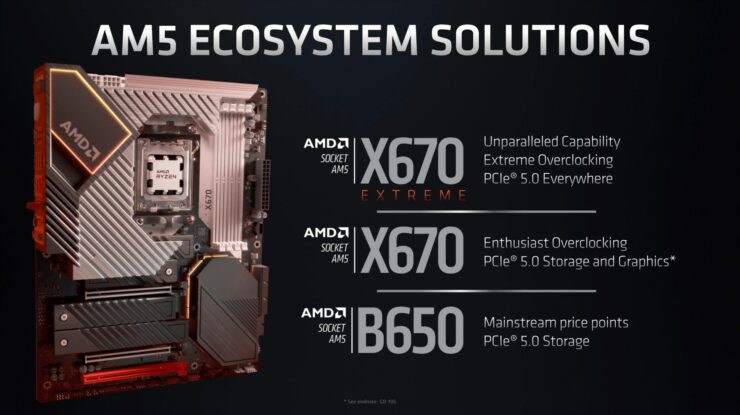 ASRock recently found themselves in a pickle when a list of upcoming AMD-600 series (X670, B650E & B650) motherboards appeared online, found by VideoCardz.

The list of ASRock's Intel H770 and Z790 motherboards prepped for the brand-new Raptor Lake 13th Gen Core series was leaked online by an unknown source. It turns out that Intel is not the only one to get the spotlight. Several motherboard manufacturers are making 600-series motherboards to be ready for the new AMD Raphael Ryzen 7000 CPUs.

AMD officially revealed the newest line of X670E motherboards, but besides those, no other models were mentioned by manufacturers including ASRock. This new list does not confirm The ASRock 600 series motherboard list pictured below includes several models (some of which we rounded up here), showing that we will be expecting a Mini-ITX, Micro-ATX, and a motherboard co-developed with component manufacturer NZXT.

We reported back at Computex 2022 that the B650E series motherboards offer more PCB layers to efficiently offer better signaling due to PCIE's rigid Gen5 protocol specifications. Right now, there is the Extreme X670 chipset has been announced officially, adding to the capability of PCIe Gen5 graphics support. It is speculated that the B650E chipset will be higher in cost since it includes the newer Gen5 compatibility.

The EXTREME series of the B650E chipset does offer a pretty high benefit in that it will future-proof itself for several years instead of being more disposable like some items in the market are starting to show.

Reports also show that the X670 and B650 motherboards will offer overclocking for both the memory and processor. AMD has not revealed further details on the X670 EXTREME motherboard and how it benefits users looking to overclock their system and enthusiasts looking to do the same with the X670 model series.

AMD plans to release the X670 series before they plan to release the B650 series, with the former releasing in September and the latter following in October.