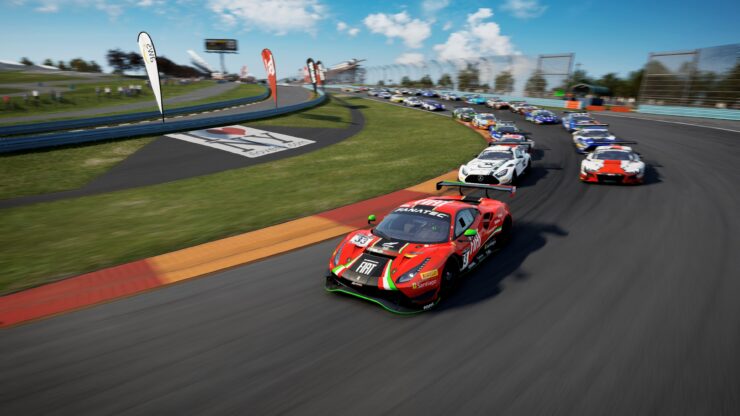 The title isn't lying, folks. 505 Games and KUNOS Simulazioni have announced that Assetto Corsa Competizione is going to replace Gran Turismo 7 as the headliner for the 2022 FIA Motorsport Games eSports competition. If this doesn't scream about the rough state the latter game is currently in, I don't really know what does.

So, what's the FIA Motorsport Games competition? Well, this is a challenge for top eSports players where competitors race against one another. Each competitor has to master Assetto Corsa Competizione's roster of GT 3 vehicles across 17 disciplines, including GT, GT Sprint, and Endurance to reign victorious.

This announcement also marks the first time Assetto Corsa will be in the competition whatsoever. So, players can look forward to playing another level of cutting-edge eSports racing come October 26, 2022.

We are delighted to be able to work with Kunos Simulazioni and use their Assetto Corsa Competizione product at this occasion. It is one of the most popular esports titles in the industry, as well as among our ASNs, so being able to collaborate with them is great.

To celebrate the announcement, 505 Games has also released the first-ever Assetto Corsa Competizione American Track Pack DLC today. This allows users to race on US speedways created using KUNOS' own laser-scanning technology. The game's stunning recreations of iconic tracks include Watkins Glen, Indianapolis, and the Circuit of the Americas (COTA) featured across NASCAR and Formula 1. This DLC is going to be available today on PC for $17.99 USD.

Assetto Corsa Competizione is currently available on PC, PlayStation 4, PlayStation 5, Xbox Series X|S, and Xbox One. In other news, THQ Nordic announced Stuntfest World Tour. This game combines racing, crashing, and destruction with a unique aimed ejection mechanism with 18 players being able to compete against each other. The game is coming to PC this year.