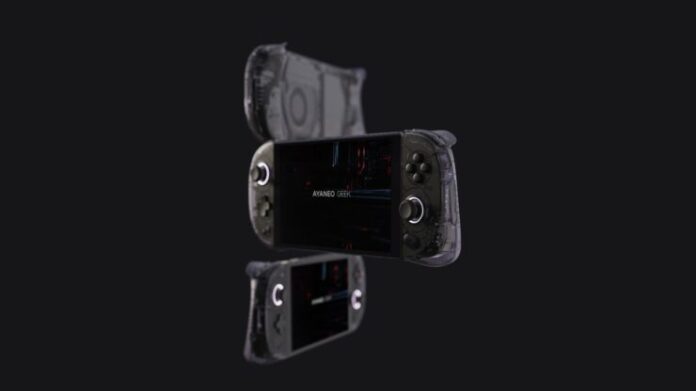 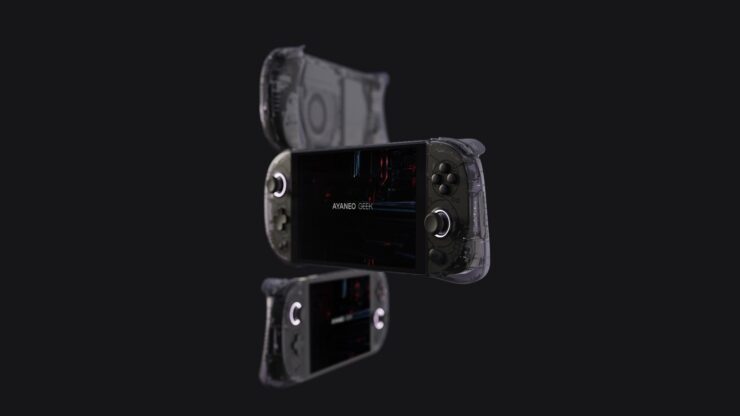 AYANEO has revealed new designs for the company's GEEK & AYANEO 2 handheld gaming consoles, along with pricing and release dates for both. Outside of GPD, which primarily designs hybrid notebook and handheld gaming systems, AYANEO is the only handheld manufacturer with a significantly extensive library of systems. One-netbook and Steam, with their Onexplayer Mini and Steam Deck (respectively), are the only two companies that have not released varying systems and price points to the level of AYANEO and GPD.

With the AMD Ryzen 7 6800U mobile processor seeing more use in handheld PC gaming systems, it makes sense to see AYANEO utilize the next-gen processor in its designs. However, the utilization of the AMD mobile processor comes with a hefty price for the newer systems. The Chinese manufacturer has revealed the release date and pricing for their AMD Ryzen 7 6800U handheld variants for the GEEK and AYANEO 2 lines, with the first system selling for $949 and the latter for $1,099.

Both new systems from AYANEO will be offered in crowdfunding campaigns, allowing users to prebuy the system, sometimes for a reduced price, or what is commonly referred to as "Early Bird" and "Super Early Bird" pricing. The lower price will run for a smaller amount of time due to a smaller amount of systems available for that price point.

The AYANEO GEEK models will be offered in Fantasy Black, which provides an 800p resolution, and Crystal Purple, which will offer a larger 1200p resolution. Not much has changed with the two systems outside of the updated processor and for the two systems. The Crystal Purple might be a more significant hit with console gamers looking for a premium emulation or retro design they can take on the go. In contrast, the standard Fantasy Black colorway will see more general sales from customers.

The AYANEO 2 is anticipated to offer up to four colors — Starry Black, Sky White, B. Duck, and Retro Power. As you can see below, each is provided in different configurations along with the AMD Ryzen 7 6800U processor.

The GEEK system appears to be the more standard handheld from the company, usually offering less power and size than the flagship AYANEO 2, which has a larger screen and more memory options. The GEEK is also the lowest cost for consumers, which will be a better offer for an introductory system for those looking to have a mobile gaming system that plays most PC games.

It will be interesting to see if the other handheld PC gaming manufacturers will offer more than a few options for colors and if the prices will reduce over the next six months.

The new AYANEO 2 and AYANEO GEEK systems will officially ship starting in December 2022.