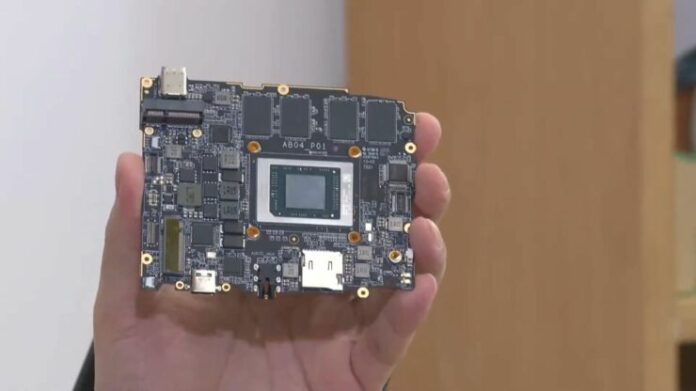 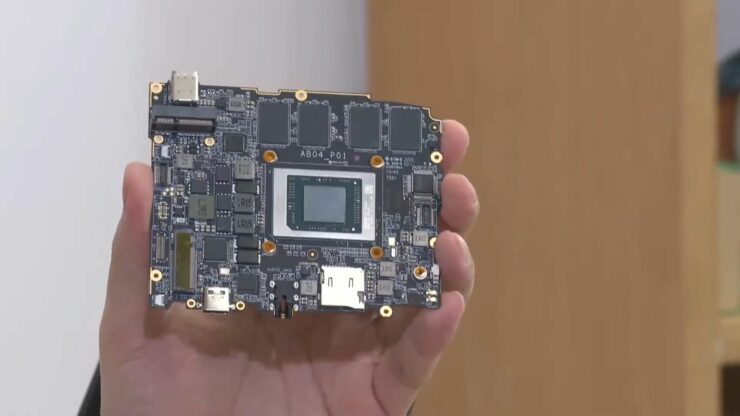 AYANEO Air Pro launched recently with an OLED screen, an AMD Barcelo-based APU, in a small 22.4cm package. It is a minimal console with a ton of power and now we get to see what powers the handheld device in detail.

Readers should remember that the AMD Barcelo APU is a recycled version of the Cezanne processor utilizing the Zen 3 architecture released earlier this year in January. AYANEO's CEO, Song Zeng, known to his employees as "Uncle A," demonstrated the newest handheld by the company during a reasonably lengthy showcase, lasting for a few hours.

During the presentation, he showed the AYANEO Air Pro, explaining that the system uses an AMD Ryzen 7 5825U APU, offering 8 cores, and 16 threads with a clock speed as high as 4.5 GHz. Based on the 7nm process node, the APU is complemented by the integrated Vega graphics which pack 8 CUs or 512 cores clocked in at as high as 2000 MHz.

AYANEO AIR is like a suped-up Nintendo Switch that plays PC games, unlike larger devices like Valve's Steam Deck, One Notebook's Onexplayer, and the upcoming AOKZOE A1 handheld. It is one of the smallest handhelds of this caliber on the market but cannot match the performance of larger systems, like the Steam Deck. The reason for this is Valve is utilizing more stable RDNA 2-based graphics. But, compared to the Switch, it is a much more complete x86-based system, offering an eight-core processor, M.2 memory slot, and can offer up to 32 GB of LPDDR4X memory.

The most significant complaint of the AYANEO Air series currently is batteries. The AMD Ryzen 5 5560U system has a 7350 mAH battery, whereas the AMD Ryzen 7 5825U offers a 10,050 mAH battery. For comparison, the Steam Deck uses a 19,200 mAH battery, even with the system requiring a more robust battery for its size and strength.

The company announced a new Air version to their library called the Air Plus, which uses an AMD Mendocino CPU, a quad-core processor with RDNA 2 graphics. The expected MSRP for the new device would keep it in competition with the Nintendo Switch, debuting at around $290. The Air and Air Pro retail for much higher, with the highest version of the Air model selling for $550 and the Air Pro for $1400.

We should begin seeing the AMD Barcelo-based Air handhelds by AYANEO in August for the AMD 5 5560U model and the AMD Ryzen 7 5825U system the following month.

Share
Facebook
Twitter
Pinterest
WhatsApp
Previous articleKlonoa Phantasy Reverie Series Review – A Wonderful Collection That Fought Against the Odds
Next articleWith a consistent drop in HDD shipments, is the storage device about to become obsolete?