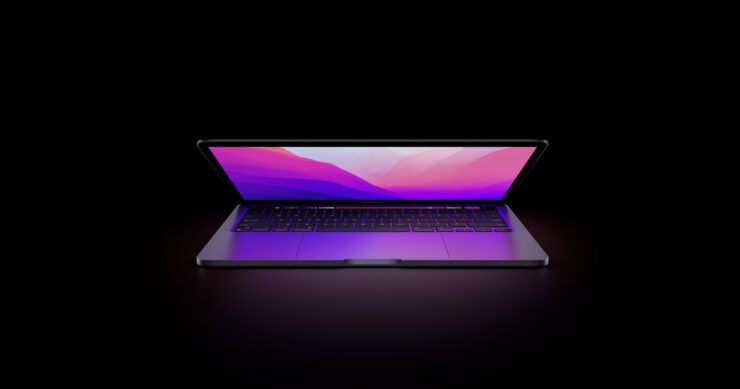 Discovered by the YouTube channels Max Tech, the 256GB MacBook Pro model features slower SSD speeds compared to the M1 MacBook Pro. With Blackmagic's Disk Speed Test app, it was found that the SSD read and write speeds are both around 1,450 Mbps. This means that the read speed is around 50 percent slower and the write speed is around 30 percent slower compared to the 13-inch M1 MacBook Pro model with 256GB of storage capacity.

Max Tech shared the numbers for comparison which you can check below.

After disassembling the M2 MacBook Pro, it was discovered that the 256GB base variant only featured a single NAND flash storage chip. In contrast, the older M1 MacBook Pro with 256GB storage features two NAND chips. Due to multiple NAND chips in the older model, the read and write speeds are significantly faster.

Take note that only the base model of the M2 MacBook Pro features slower read and write SSD speed. The 512GB variant of the M2 MacBook Pro model performs on par with the previous M1 models. However, to get the upgraded variant you will have to spend $1,499. It is unclear at this point why Apple decided to ditch multiple NAND chips in favor of one on the base model. You can check out more details in our announcement post.

This is all there is to it, folks. What are your thoughts on the subject? Did you order the base model of the M2 MacBook Pro? Share your experience with us in the comments.