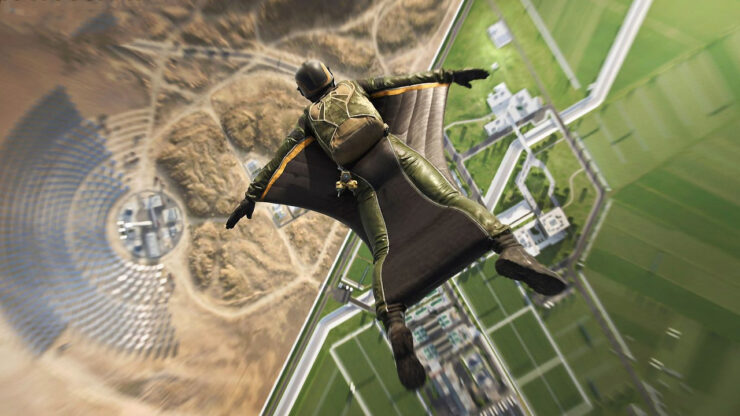 After a disastrous launch and months of delays and a disappointing lack of communication, EA and DICE have finally announced that Battlefield 2042 Season 1 will launch in early June. Ahead of the update, DICE has released a new development update, detailing some of the changes planned for the game. That includes a major revamp for the Kaleidoscope map, UI tweaks, performance improvements, and changes to modes being offered. Breakthrough has already been bumped down to 64-players (from 128) and further development of the Tarkov-esque Hazard Zone mode is ending (although it will still be available to play). On the positive side, the popular Rush mode will be returning during Season 1. You can check out the development update for more details, below.

So, what exactly can you expect from Battlefield 2042 Season 1 in terms of new content? EA and DICE are promising a new map, specialist, weapons, vehicles, and a battle pass, as well as the aforementioned Kaleidoscope update, mode changes, and more. Here’s a roadmap of what’s coming in Season 1 and beyond… 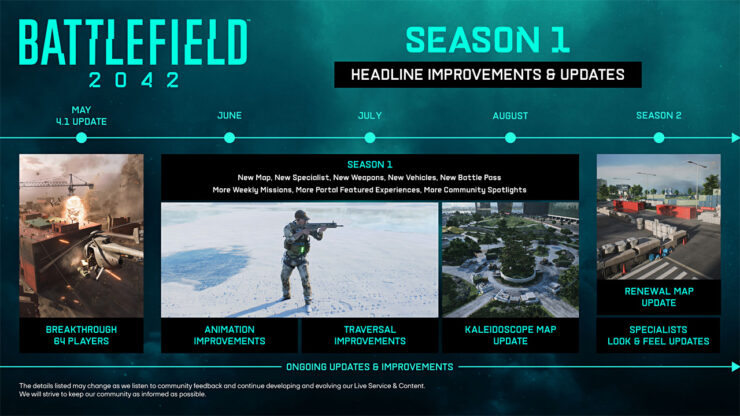 Season 1 will launch next month, and will mark the start of a year of new content coming to the game. Four Seasons, four New Specialists, new maps, and new weapons and gadgets that help to expand the sandbox. We’re bringing a Battle Pass to Battlefield for the first time that will give players the chance to earn new gameplay items, all of which are on our free tiers, and new cosmetic items across both the free and premium tiers.

Next month with the release of Season 1 we’ll see a big update that will not only bring this new content to the game, but also deliver new Quality of Life enhancements, fixes, and improvements that demonstrate our continued commitment to Battlefield 2042 and our mission of restoring the trust that many of you feel was hurt when we launched back in November of last year.