BioShock: The Collection Now Available for Free on the Epic Games Store 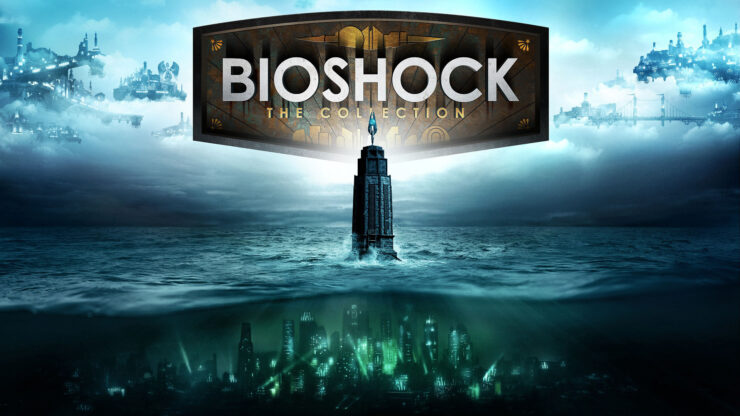 BioShock: The Collection, the full trilogy of the franchise, launched yesterday on the Epic Games Store. It's also the free EGS title for this week, so you can permanently add it to your library as long as you do it before June 2nd at 5 PM.

BioShock: The Collection launched back in September 2016, featuring the remastered versions of the first two installments and the complete edition of the third and last one.

There's always a lighthouse. There's always a man. There's always a city.
Experience the unforgettable worlds and monumental stories of the award-winning BioShock series with BioShock: The Collection. Journey to the cities of Rapture and Columbia across BioShock Remastered, BioShock 2 Remastered, and BioShock Infinite: The Complete Edition, including all single-player add-on content. Fight for your life and outsmart your enemies, be it deep beneath the waves or high above the clouds.
BioShock: The Collection includes:
BioShock Remastered: Explore the undersea city of Rapture, a haven for society's greatest minds that has devolved into a dystopian nightmare wrought by one man's hubris.
BioShock 2 Remastered: See Rapture through the eyes of Subject Delta, a fearsome Big Daddy prototype on a life-or-death mission to rescue his missing Little Sister.
BioShock Infinite: The Complete Edition: Indebted to the wrong people, private investigator Booker DeWitt must take on an impossible task: travel to a flying city above the clouds, and rescue a woman named Elizabeth.

A new BioShock game was announced to be in development at Cloud Chamber. That was in late 2019; about six months ago, a new rumor suggested that the game will be set in the 1960s, once again centered on a secluded city called Borealis and located in Antarctica.

Take-Two Interactive and 2K are also partnering with Netflix to create a movie adaptation of the BioShock IP. There's been no word yet on casting or director choices, but stay tuned for more.

The post BioShock: The Collection Now Available for Free on the Epic Games Store by Alessio Palumbo appeared first on Wccftech.