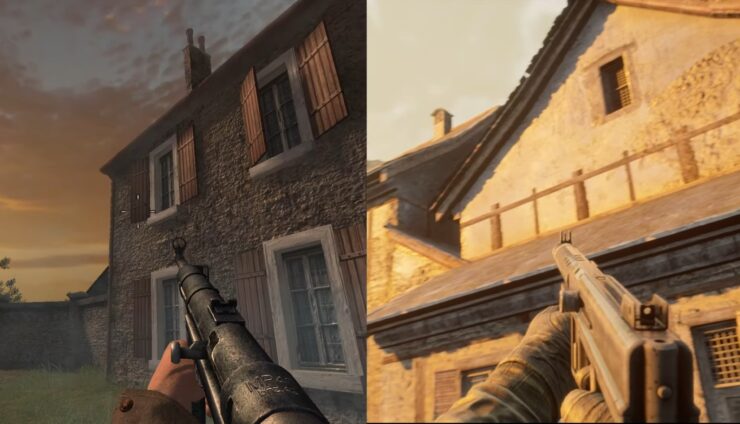 While still a game that is still very much playable, Call of Duty 2 hasn't aged that well when it comes to visuals, and a new comparison video that has been shared online today highlights even more how the second entry in the popular series would benefit from a modern remake.

The comparison video, which has been put together by TeaserPlay, puts footage from the original and the unofficial Unreal Engine 5 remake concept trailer made by them side by side, highlighting the massive visual improvements made possible by the latest version of the engine by Epic.

In this video, we compared the Original Call of Duty 2005 with our recent remake video, I hope these videos raise the expectations of gamers and force companies like Activision to make those remakes

As already mentioned, Call of Duty 2 is still very playable today, thanks to its gameplay mechanics and single-player campaign. While PlayStation players have no choice but to get the PlayStation 3 version, PC and Xbox users can play the game on modern hardware with little to no trouble, as the game is available on Steam and is backward compatible on Xbox One.

Call of Duty 2 redefines the cinematic intensity and chaos of battle as seen through the eyes of ordinary soldiers fighting together in epic WWII conflicts. The sequel to 2003's Call of Duty, winner of over 80 Game of the Year awards, Call of Duty 2 offers more immense, more intense, more realistic battles than ever before, thanks to the stunning visuals of the new COD 2 engine.