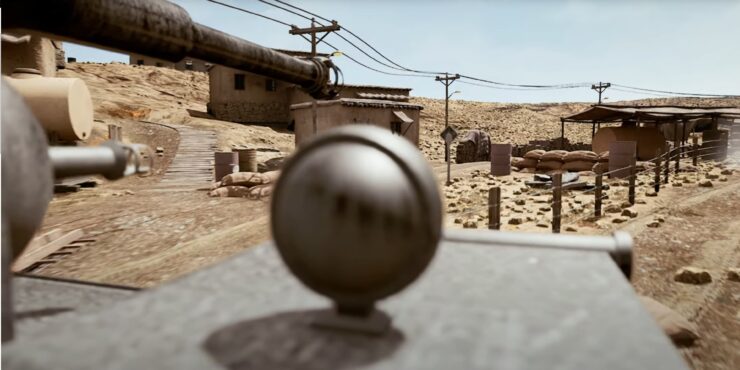 The Call of Duty series has changed a lot over the years, but many fans of the franchise still prefer the first few entries in the series where multiplayer wasn't the main focus.

While full remakes or even remasters of the first entries in the Call of Duty series don't seem likely, we still got the chance to see how a modern, Unreal Engine 5-powered remake of Call of Duty 2 would look like thanks to Teaser Play, who shared a concept trailer for such a remake on YouTube. With Lumen, Nanite, and ray traced reflections, this fan remake couldn't have looked any better.

Imagining Call of Duty 2 Remake in Unreal Engine 5, A Dream that we Hope will Come True

in this video we are going to imagine Call of Duty Remake, A great game that we need now in next gen graphics, we tried to use all the power and features of Unreal Engine 5 to recreate this such as Lumen, Nanite and Ray Tracing Reflection for Guns

Call of Duty 2 was originally released in 2005 on PC, PlayStation 3, and Xbox 360. The game is considered to be a massive step forward over its predecessor, introducing new gameplay mechanics, such as the regenerating health system, and the extensive campaign set in World War II that allowed players to experience the story through the perspectives of four different soldiers.

Call of Duty 2 redefines the cinematic intensity and chaos of battle as seen through the eyes of ordinary soldiers fighting together in epic WWII conflicts. The sequel to 2003's Call of Duty, winner of over 80 Game of the Year awards, Call of Duty 2 offers more immense, more intense, more realistic battles than ever before, thanks to the stunning visuals of the new COD 2 engine.

Call of Duty 2 is now available on PC as well as on PlayStation 3 and Xbox 360.