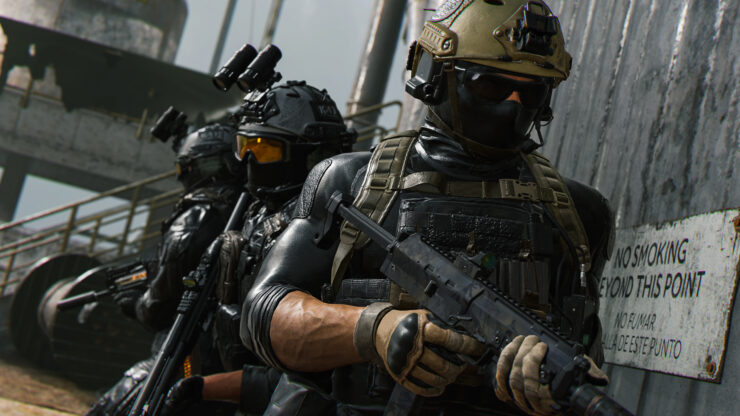 Call of Duty: Modern Warfare 2 is just over a week away, and players who pre-ordered the game will be able to access the campaign a week earlier than everyone else. Last month, the upcoming shooter from Activision Blizzard went through an open beta period, and rewards for participating in the beta were also disclosed.

Performance notes have slowly begun to emerge with various graphics cards, and one such card is the NVIDIA RTX 4090. Some outlets have reported that the game’s campaign can run at over 100 frames per second at native 4K settings (or Extreme Settings, as it’s referred to in-game) using the 4090. One such outlet is Dark Side Of Gaming.

A note should be tacked onto the performance notes: these metrics come from the fact that the display’s field of view is at 80 (the in-game default), and increasing it will lower performance values, obviously. Other notes include that Windows 10 64-bit was used, and the GeForce 522.25 driver was also used.

These numbers ran without any problems within the first two main campaign missions and had no drops in performance the entire way through. Modern Warfare II also packs support for NVIDIA DLSS 2, AMD FSR 2.0, and Intel XeSS, though those programs' statistics couldn’t be found.

Clearly, these performance metrics are for the campaign mode specifically; Multiplayer has more than enough data about it, and Warzone 2.0 is releasing in the middle of November. Overall, though, Call of Duty: Modern Warfare 2’s release is looking to shape up to be something strong for the series.

Call of Duty: Modern Warfare II is set to release on October 28th, 2022, for PlayStation 5, PlayStation 4, Xbox Series, Xbox One, and PC via Battle.net and Steam. If you're curious about the game's up[coming Campaign, we recently talked about it while showcasing one of the trailers. PC users should also be happy to know that this entry in the series will feature over 500 customizable settings.