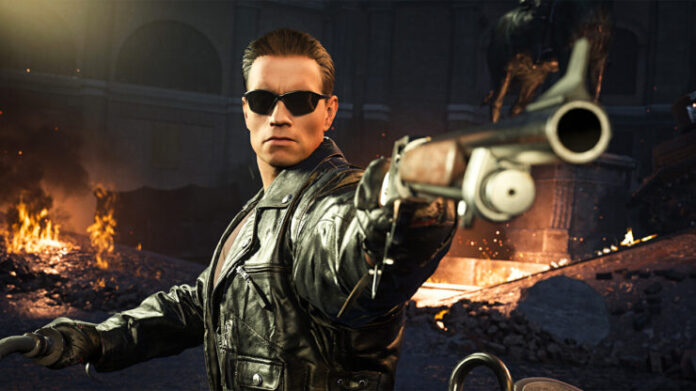 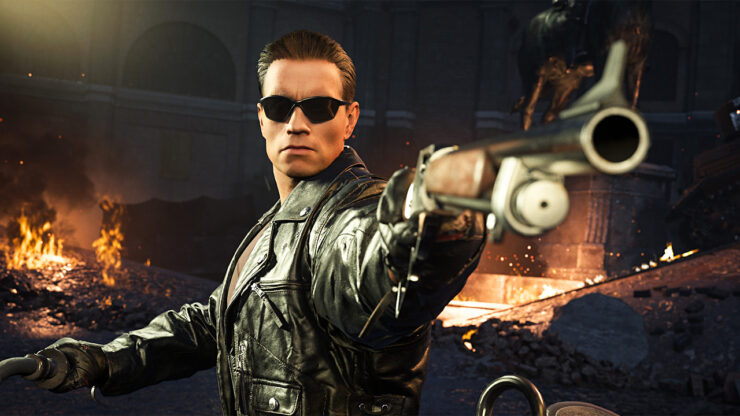 Call of Duty: Vanguard/Warzone Season 4 will receive a refresh next week, and it includes some major crossover content, in the form of Terminator T-800 and T-1000 operators. Zombies and Warzone will also collide in the Rebirth of the Dead event that sees the shambling ghouls take over the island. In addition to that, you can expect a new weapon, Vanguard multiplayer map, and more. You can get the full rundown on everything included in the Call of Duty: Vanguard/Warzone Season 4 refresh, below.

Rebirth of the Dead

After hearing rumors of out-of-control experiments on Rebirth Island, our Operators are ready to investigate and eliminate whatever threats lurk in the fog. In Rebirth of the Dead, a re-imagined version of Zombie Royale presented by Beenox, ten quads will deploy to the island, ready to battle fellow Operators, both living and undead. Eliminated Operators return as zombies, intent on adding to their numbers by pursuing the remaining humans. To revive as an Operator, zombies must locate and collect four antivirals, which can be found in several ways:

Throughout the match, the Infestation Meter will fill up as zombies are eliminated. Once it is filled, all spectators will be revived as Zombies. Those skilled enough to win a match as a human will receive the animated “Last Alive” Calling Card, a true testament to your ability against all enemies, alive and undead.

First there were the Iron Trials – now, inspired by the rise of machines in the near future, it’s time for all Operators to gear up for the Titanium Trials in Caldera. To simulate the toughness of a Terminator model, the maximum base armor threshold will be increased to 300 hit points, with the Tempered Perk appearing more frequently as ground loot for more efficient armor repairs. Each player begins the game with a Self-Revive Kit and core health regeneration takes longer to restore, making it a high-skill, high time-to-kill (TTK) game mode. Titanium Trials: Endurance, using the Battle Royale ruleset on Caldera, goes live on August 11 for two weeks only. Be there or be terminated.

Prove your worth as a Terminator in the Titanium Trials: Endurance event, featuring eight challenges set to test your skills in the limited-time mode. Through challenges prevented in this event, players can earn 2XP Tokens, the “Titanium Chrome” Weapon Camo, a Battle Pass Tier Skip, and up to four Terminator 2: Judgment Day-themed Calling Cards. Complete all eight challenges to unlock the Ultra “Liquid Metal” Weapon Camo. And don’t stop there. Rumors of hidden rewards persist for those most dedicated to the Titanium Trials.

Deploy to a Pacific listening post in Desolation, a new medium-sized Multiplayer map set in a labyrinthine village cut directly into the mountainside, with a crashed plane in flames on the nearby cliffside. Traverse the winding alleys and confined shanties on the ground floor where close-quarters combat can erupt at any moment or over the rooftops and walkways above, mantling from position to position. The listening post itself lies near the center, right in the middle of the chaos. The Operators who combine fast reflexes with smart movement are sure to find success here.

Ikenna Olowe understood strategy from a young age. As a child in Nigeria, he excelled at chess, quickly surpassing his teachers. He grew strong studying Gidigbo, a martial battle of wits. Balanced in body and mind, Ikenna joined the war effort as a battlefield engineer, establishing critical supply lines around the globe. His preferred weapon is the new Vargo-S Assault Rifle — use it while playing as Ikenna Olowe to gain bonus Operator XP and Weapon XP. Unlock Ikenna Olowe by purchasing his Bundle, scheduled to go live in the Store in Mercenaries of Fortune.

Accuracy is king with the Vargo-S Assault Rifle, paired with a high fire rate for added aggression. Though outclassed in power, its reliability finds success in a variety of Gunsmith configurations, from fast-handling and snappy for tight mid-range play to adding a scope and additional stability to better compete from a distance. Unlock the Vargo-S by completing its in-game challenge or by purchasing a Store Bundle to be released later this season, featuring a Weapon Blueprint from this weapon’s family.