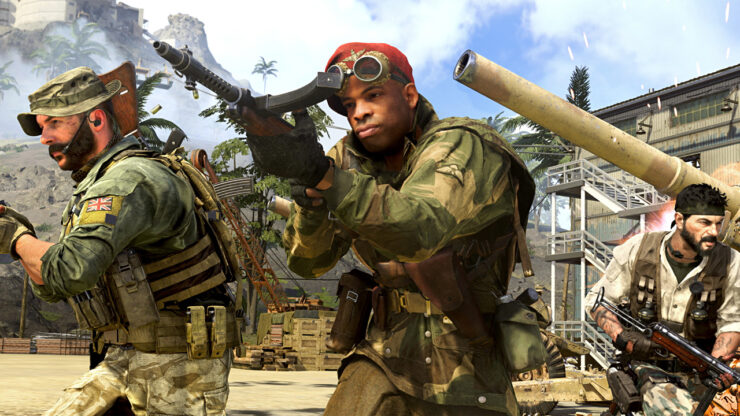 Last year, Activision launched their new kernel-level Ricochet Anti-Cheat for Call of Duty: Vanguard and Warzone, and they’ve now released an update on how things are going. Overall, Team Ricochet says there’s been a “significant drops in cheaters,” although there is some natural “ebb and flow” as new cheats are devised and eventually stomped down. Since we last received an update back in April, 180,000 new bans have been handed out across CoD: Vanguard and Warzone, so Ricochet is definitely catching plenty of bad actors in its net.

While the issue of CoD cheating is far from snuffed out, Team Ricochet insists they’re getting better at identifying when something is off early…

What we’re getting a lot better at is the speed at which we can recognize when players are doing things they shouldn’t be doing. When a bad actor is detected, we hit them with something from our mitigation toolbox (or all of them at once if we’re feeling spicy) and analyze the data from the machine determined to be cheating. This is one of the many ways we can understand new bad behaviors and work to protect our games.

One of the most unique things about Ricochet are its “mitigations.” These are essentially trolls designed to annoy cheaters or in some cases trick them into continuing to play (despite their cheats being rendered useless) so they can be studied. Some of these mitigation tools include greatly reducing the damage dealt by cheaters and/or making other players invisible to them. Well, Team Ricochet has announced a new mitigation, which may be the most amusing yet – if a cheater is detected they may simply have all their weapons taken from them mid-match, suddenly turning them into sitting ducks.

Today we’re sharing another mitigation technique from our toolbox: Disarm. Like the name implies, when cheaters are detected, we simply take their weapons away from them (including their fists). We don’t expect many clips of this to find their way online, but we have seen it in action and the reactions from cheaters are always priceless.

Ricochet Anti-Cheat will be included in the upcoming Call of Duty: Modern Warfare 2 when it launches on October 28. CoD Warzone 2.0 will also include it from Day 1.