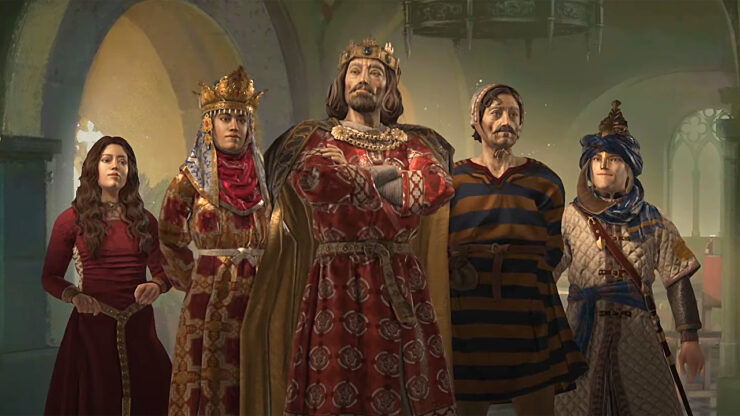 Get ready to delve into Spanish and Portuguese history, as the new Crusader Kings III: Fate or Iberia flavor pack launches today. As with the game’s previous Norse-themed Northern Lords flavor pack, Fate of Iberia adds new scenarios, events, and Spanish-history-related cosmetics. This flavor pack will also usher in a new gameplay mechanic, the struggle system, which is a new way to handle long-scale multifaceted conflicts (you can get more detail on how it works here). As of now, the Iberian Struggle is the only official way to engage with the system, but Paradox is allowing modders to utilize the mechanic in order to craft their own struggles. You can check out a trailer for the Fate of Iberia flavor pack, below.

Need to know more? Here’s a quick rundown of the flavor pack’s features:

Fate of Iberia is available as part of Crusader Kings III’s $35 expansion pass, or can be purchased a la carte for $7. The flavor pack launches alongside a free update that includes changes to heads of faith, factions, and more. Get the full update 1.6 patch notes here.