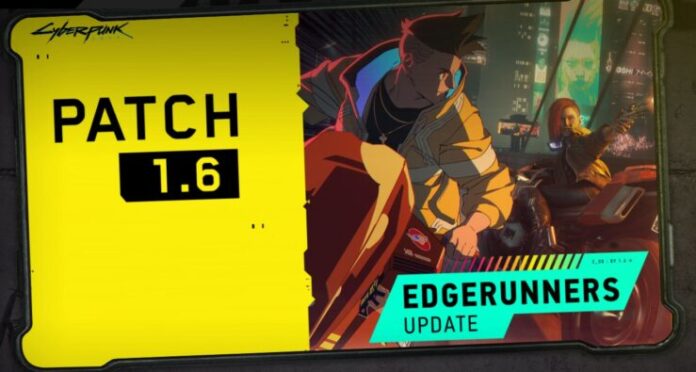 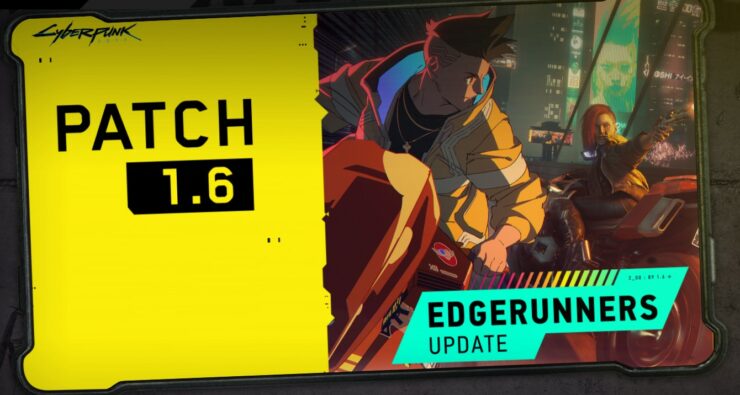 CD Projekt Red has deployed Cyberpunk 2077 Edgerunners update 1.6 across all platforms, and we’ve got you covered with the full release notes.

The Polish developer already provided some additional info about the new Edgerunners update earlier today, and we now know what this new patch actually does via the official patch notes.

The new update brings numerous gameplay fixes and improvements across all platforms but also includes some platform-specific changes, including a new Xbox Series S performance mode. This new mode targets 60FPS in 900p resolution with dynamic resolution scaling. In addition, the Edgerunners updates adds cross-progression between different platforms, allowing players to continue their game on a different platform. Also included with the 1.6 patch are a bunch of new weapons, a new wardrobe feature, and much more. Down below you’ll find the official notes.

Wardrobe allows you to change the appearance of your outfit without changing your armor stats. You can create up to 6 outfits using the pieces of clothing you own by accessing the wardrobe in any of V's apartments and safehouses and then switch between them in the Inventory panel.

Fixers will give you 3 new gigs:

Added a Cross-progression feature between platforms. Your latest saves will be automatically uploaded to the cloud so you can continue where you left off easily on other platforms. Cross-progression provides the latest save for every save type (Quick, Auto, Manual, etc.). Feature becomes available after you log in with your account (from Main Menu or the in-game Load Game menu). Cross-progression may be limited when it comes to console versions with regional restrictions, you can find more details here.

Added some secrets related to the Cyberpunk: Edgerunners anime series to be discovered in Night City, including new equipment and new Photo Mode features.

You can now play a brand new mini game using arcade machines located in Night City, including the ones in the Northside, Japantown and The Glen apartments. Climb the leaderboard to earn special prizes including cash and items! If you're enjoying Roach Race in Cyberpunk 2077, check out the mobile version for Android and iOS. Remember that your high scores in the in-game and mobile versions are separate, though.

You can now take photos of Nibbles in Photo Mode! While in Photo Mode, go to the "Pose" tab and choose Nibbles in the "Character" section. Please note that this option becomes available only after you invite Nibbles to V's apartment.

The following changes take effect only on the PC version of the game and once the REDmod is installed.