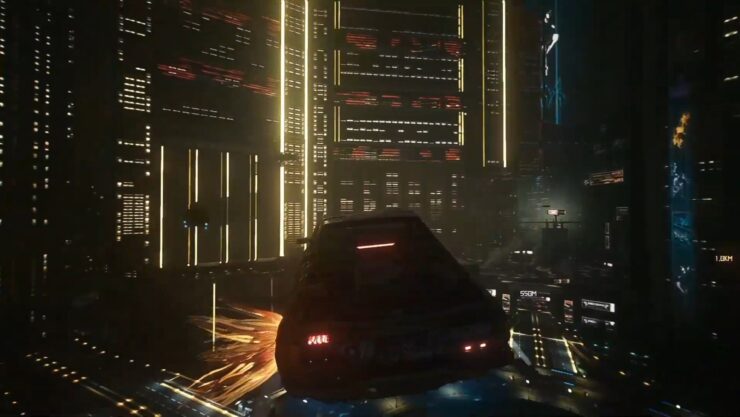 A new Cyberpunk 2077 mod that has been shared online introduces a highly-requested feature to the role-playing game developed by CD Projekt Red.

The Let There Be Flight mod introduces fully-functional and fully-controllable flying cars as well as features that improve the flying experience such as in-world navigation for quests, quick-eject in flight mode and more.

This is a mod (currently in a beta state) for Cyberpunk 2077 that adds a flying mechanism to all cars, with a couple different modes and options.

A couple of preview videos for the Cyberpunk 2077 Let There Be Flight mod have also been shared, and you can check them out below. The mod, which is still in beta, can be downloaded from GitHub.

Cyberpunk 2077 is an open-world, action-adventure RPG set in the megalopolis of Night City, where you play as a cyberpunk mercenary wrapped up in a do-or-die fight for survival. Improved and featuring all-new free additional content, customize your character and playstyle as you take on jobs, build a reputation, and unlock upgrades. The relationships you forge and the choices you make will shape the story and the world around you. Legends are made here. What will yours be?

CREATE YOUR OWN CYBERPUNK
Become an urban outlaw equipped with cybernetic enhancements and build your legend on the streets of Night City.

EXPLORE THE CITY OF THE FUTURE
Night City is packed to the brim with things to do, places to see, and people to meet. And it’s up to you where to go, when to go, and how to get there.

BUILD YOUR LEGEND
Go on daring adventures and build relationships with unforgettable characters whose fates are shaped by the choices you make.

EQUIPPED WITH IMPROVEMENTS
Experience Cyberpunk 2077 with a host of changes and improvements to gameplay and economy, the city, map usage, and more.