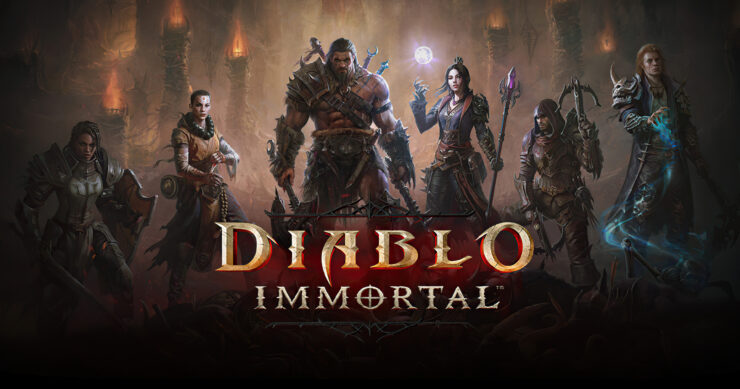 Diablo Immortal is a game developed for smartphones, but the PC version does have some additional features, despite the port being somewhat barebones.

A new video shared on YouTube by ElAnalistaDeBits highlights not only how great the game looks, for being a smartphone title, but also how the PC version of the latest entry in the series by Blizzard comes with additional visual features like ambient occlusion on vegetation and particle effects. As already mentioned, the port is very barebones and it lacks the settings that are typically found in PC games.

- The Smartphone version has been recorded using a Galaxy S21.
- On PC, an RTX 3080 has been used.
- PC adds some extra effects and settings, like ambient occlusion on vegetation or certain particles.
- However, Diablo Immortal is a game that has been developed for Smartphones as a base, and it shows.
- The PC version has insufficient settings, something typical of a port.
- In short, a mobile game adapted for PC with acceptable performance.

DEMON SLAYING ON THE GO
Battle against ancient evils and discover the untold story between Diablo II and Diablo III in this all-new massively multiplayer online action RPG, built for mobile and now also coming to Open Beta on PC.

AN UNTOLD CHAPTER IN THE DIABLO SAGA
The Archangel Tyrael is presumed dead, and mankind is left to deal with the aftermath of his actions. Fragments of the shattered Worldstone, still embued with great power, are tainting the land. Diablo’s minions hope to harness that power to allow the Lord of Terror to return.