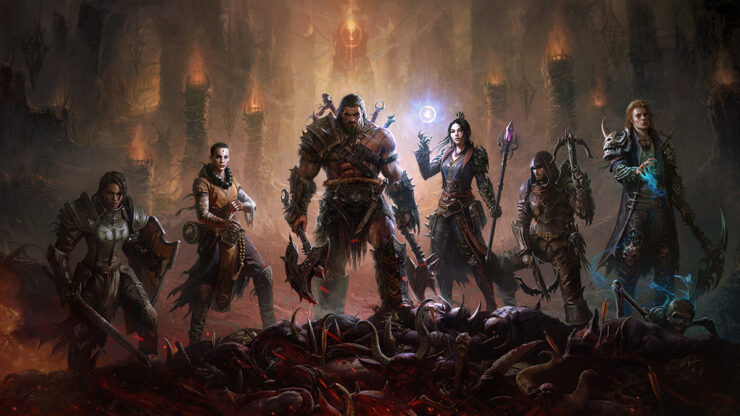 If you’ve been following Blizzard for the past few months, you’ll know it’s a bit hard to ignore a few of the things they’ve done. One such blunder is the absolutely nightmarish monetization of Diablo Immortal, a mobile title based in the Diablo universe. It’s out on PC as well, but oh man, where to even BEGIN with the way monetization works.

So, the advent of it being pay-to-win is enough of a problem. But its loot-box system is what really takes the cake, as, if you want to get AT LEAST one Legendary gem in each of the six slots, you’d better hope you don’t have to pay rent for the next few months. One such player burned nearly $16,000 USD to get ONE 5/5 star gem, and the thread below mentions this.

I can't believe I just looted my first 5/5

It gets even more laughable, as someone made a website widget that simulates Diablo Immortal's Rift process, with two options: A single pull (worth about $24.99 USD), and a “roll until you get a 5/5 gem” option, which is where the pricing becomes a meme. The lowest simulated cost I’ve gotten to get six 5/5 star gems, BEFORE factoring in getting duplicates or upgrading or anything of the sort, was just over $23,100 USD.

But wait, there’s more, as hilarious as this gets. A user on Reddit decided to use 600 million World of Warcraft gold (earned through auctions, flipping old codes, and other means) to buy $50,000 worth of WoW tokens exclusively for Diablo Immortal purchases. How is this possible? Well, a lot of in-game purchases for Diablo Immortal can be paid with WoW Tokens.

The conversion rate is 1 WoW token equates to $15 USD in Blizzard store balance. The fact that this is essentially done for the meme of making a “gold whale” character is already humorous in its own right. The results of this "Gold Whale" character are a bit baffling because they essentially manage to outdo several big-time cash spenders in terms of power.

This process also took a while due to some limitations imposed by Diablo Immortal. You're throttled daily and can't redeem those WoW Tokens right away. But hey, this is a good use for a bunch of previously useless loot cards from BlizzCon, right? It should probably go without saying, but for the love of everything, do not do these things if you don't have money to burn.

Diablo Immortal is out now on mobile phones and PC via Battle.net.

The post Diablo Immortal Player Uses $50,000 Worth of WoW Tokens for in-game Purchases by Ule Lopez appeared first on Wccftech.