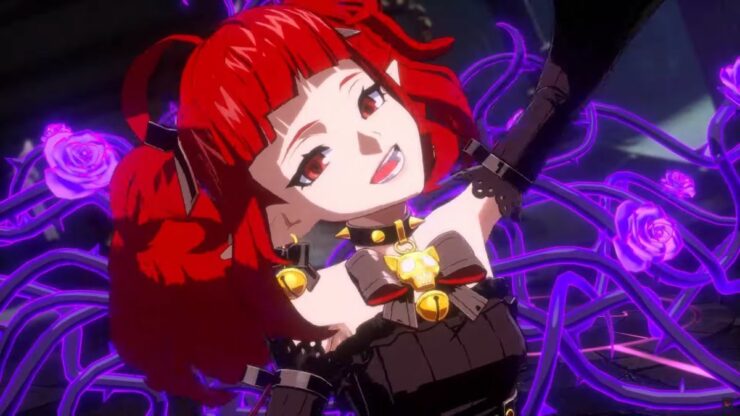 DNF Duel’s exactly out in two weeks as of today, and more updates on the roster resume to come out of Nexon. The game, being a joint effort from Nexon, Arc System Works, Neople, and Eighting Co., has gotten several of these updates relating to the game’s roster, such as the Troubleshooter, Hitman, and Ghostblade.

Today’s new character is the Enchantress (not to be confused with the DC Comics character of the same name). Enchantress is the 15th character to be revealed for DNF Duel and has a new trailer to go with her (albeit a short one, like the characters released before her). You can watch the new character reveal below.

The Enchantress looks to have some screen control capabilities with projectiles. However, the real mechanic that makes the character; is the puppet walking around with her. This puppet has its own actions and also moves with the Enchantress, meant to attack in tandem, allowing for strong pressure at virtually any point in the match.

People who have played Arc System Works games may think of Relius Clover and Carl Clover from BlazBlue when thinking in this style, or even Jack-O’ or Zato in Guilty Gear. Essentially, DNF Duel's Enchantress is another puppeteer character meant to be a difficult-to-access character but bags a pretty significant payoff when mastered.

Given that there are still two weeks between now and release, there could be more classes turned into playable characters from Dungeon Fighter Online. That said, how many more characters could be revealed between then and now? Hopefully, a few more, and we’ll update if more characters are revealed.

DNF Duel will enter the arena on June 28th, 2022, for PlayStation 5, PlayStation 4, and PC via Steam. Pre-orders are open for the Steam version which is priced at $49.99 USD. In other fighting game news, Them's Fightin' Herds Version 3.0 has gone live and it brings Level 3 supers for the entire cast.