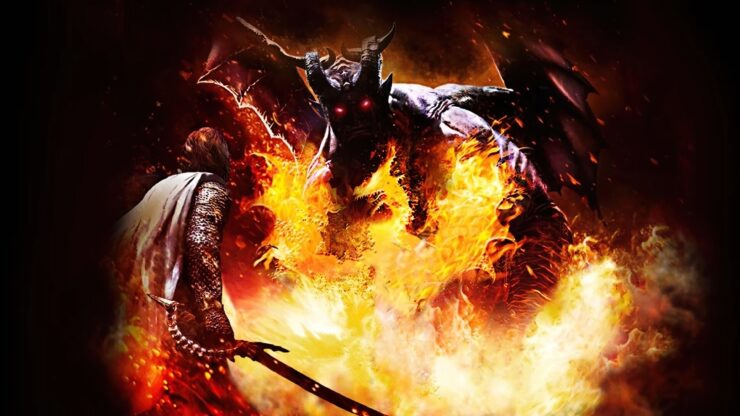 Dragon's Dogma fans have been waiting a long time to learn about the highly anticipated sequel. It's been ten years since the game was originally released on PlayStation 3 and Xbox 360; it has since made its way to the PC in early 2016, to PlayStation 4 and Xbox One in late 2017, and to the Nintendo Switch in April 2019.

Rumors on Dragon's Dogma 2 have been swirling ever since franchise creator Hideaki Itsuno said he would love to do it and that it'd be awesome. The game has since appeared in leaks from CAPCOM itself and later from NVIDIA, but no official announcement happened.

Fans were hoping to see it confirmed at one of the not-E3 conferences after CAPCOM launched a dedicated Dragon's Dogma 10th-anniversary website which contained a tease about the franchise's future. However, there was no sequel unveiling to be found on either Geoff Keighley's Summer Game Fest or Microsoft's Xbox & Bethesda Game Showcase.

That said, Hideaki Itsuno himself appeared on CAPCOM's own digital showcase to announce yet another event dedicated solely to Dragon's Dogma.

Hi everyone, I'm Hideaki Itsuno, game director at Capcom. A few weeks ago, we celebrated the 10th anniversary of Dragon's Dogma! Thanks to all of you for joining us in this celebration! The world of Dragon's Dogma has spread to various kinds of media, ranging from games to digital comics and a Netflix original animated series.

In the coming days, we will be releasing a video celebrating 10 years of Dragon's Dogma, talking about how and what [the series] came to be. So, whether you're a longtime fan or just curious about the series, we'll have something for you to enjoy! We hope you check it out!

Ahead of tomorrow's event, due to air at 3 PM Pacific Time, Reddit user RisingHERO19 spotted something interesting. The official YouTube channel now links (via the About tab) to a seemingly new pre-order page, although it currently redirects to the main website page. According to RisingHERO19, the channel previously linked to Dragon's Dogma: Dark Arisen's purchase page.

Could CAPCOM be about to put up pre-orders for a new Dragon's Dogma game? If so, would it be a remaster, a remake, or a proper sequel? We'll find out tomorrow.