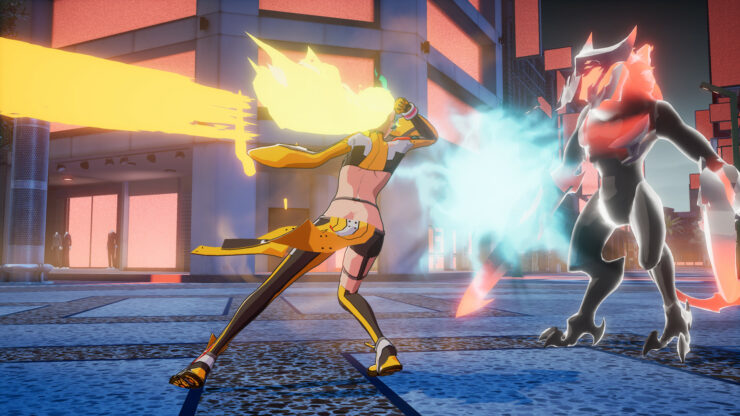 Last time we talked about Dusk Diver 2, it had its release window confirmed, with a new trailer to go alongside it. A few months came and went, and summer was about to start (the targeted release window was Summer of this year). So, where are we with that? Actually, there’s an update today on that very topic.

For the record, this game’s a hack-and-slash RPG and hot-swapping between characters is a part of the game, as keeping your characters maintained through swapping and repeatedly buffing your characters as you go through it; sort of like Persona 5 Strikers. Anyways, there’s a new trailer out for the upcoming release, which you can watch below.

Functioning as a direct sequel to the first title, Dusk Diver 2 follows Yumo and friends as they take up arms once more to protect the Human Realm from invaders converging on Taipei’s Ximending neighborhood and its dark underworld, Youshanding.  Players take control of Yumo and company throughout the events of the game.

Dusk Diver 2, aside from being a hack-and-slash RPG, is also meant to have a fully customizable orb and weapon system, allowing lots of freedom for its users, aside from its general gameplay. However, onto the game’s release date and related info, because there’s a confirmed release date for the North American release.

Dusk Diver 2 is already out on PC via Steam, but its international PlayStation and Nintendo Switch releases will be coming on August 30th, 2022. The physical version, known as the Launch Version, comes with a copy of the game, a 44-page softcover art book, a 17-track official soundtrack CD, and an exclusive trading card.

Dusk Diver 2 is out now on PC via Steam. It’ll launch on PlayStation 5, PlayStation 4, and Nintendo Switch on August 30th, 2022. In other news, a new Nintendo Direct centered around Xenoblade Chronicles 3 was announced. It'll take place on June 22, 2022.

The post Dusk Diver 2 Comes to PlayStation and Switch on August 30 in the West by Ule Lopez appeared first on Wccftech.