Dying Light: Definitive Edition Announced; Will be Available on June 9 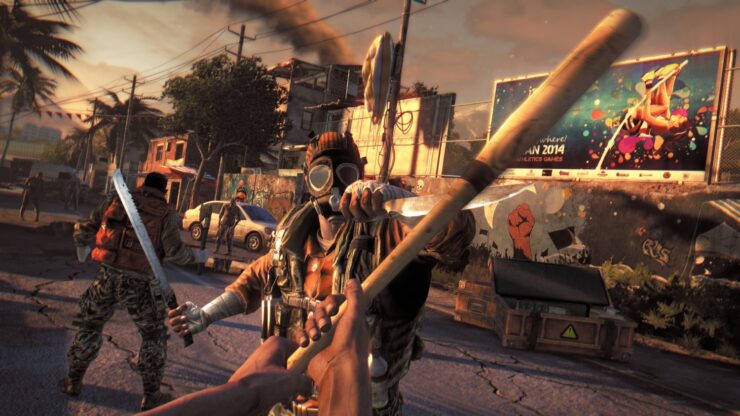 Dying Light has made its mark on the gaming industry over the last seven years. However, its development is coming to an end. To celebrate this occasion, Techland has announced that a Definitive Edition of the game will be released on June 9, marking the grand finale of new, active development on the title.

Dying Light: Definitive Edition is pretty much the "all-packaged" version of the game. It includes the base game and all 26 DLCs that have been released over the years for it. Of course, this also includes expansion packs and skins. It will be available digitally on all platforms for massive discounts of up to 70% off.

If you're a Dying Light Platinum user, don't worry. Platinum Edition owners will be upgraded to the Definitive Edition for free. Additionally, as a token of appreciation to their players, Techland is going to include a new limited-time free DLC during the first two weeks of Dying Light: Definitive Edition's debut. 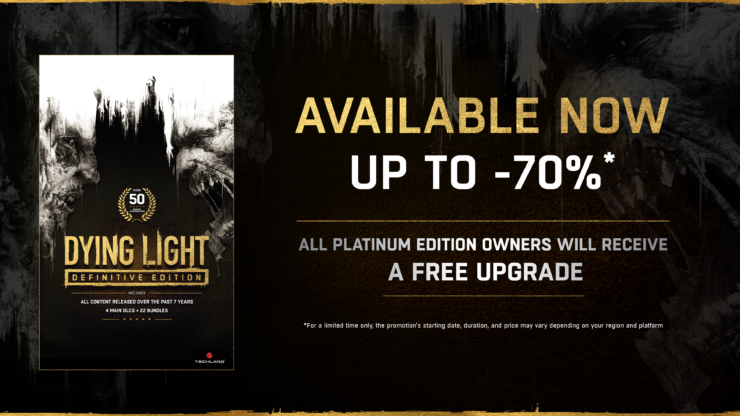 Techland also said the following regarding the future of Dying Light in a press release/letter to the fans:

This release marks an important moment in the history of Dying Light. On the one hand, it’s a nod to 7 years of immense love and support for this game; on the other, it’s the grand finale of our adventures in Harran. But let’s see what the future brings. And don’t worry—we will keep a steady reroll of previous events for you to enjoy.
Once again, we couldn’t be happier with the awe-inspiring memories this game has brought us, primarily because of our wonderful community. And yet, we also feel it’s the perfect time to move on and shift our focus towards brand-new adventures in the city of Villedor.

Dying Light: Definitive Edition is going to be available digitally on June 9 on PlayStation 4, PlayStation 5, Xbox One, Xbox Series X|S, and PC. The game's physical edition and the Nintendo Switch version will be available at a later date.

The post Dying Light: Definitive Edition Announced; Will be Available on June 9 by Ule Lopez appeared first on Wccftech.