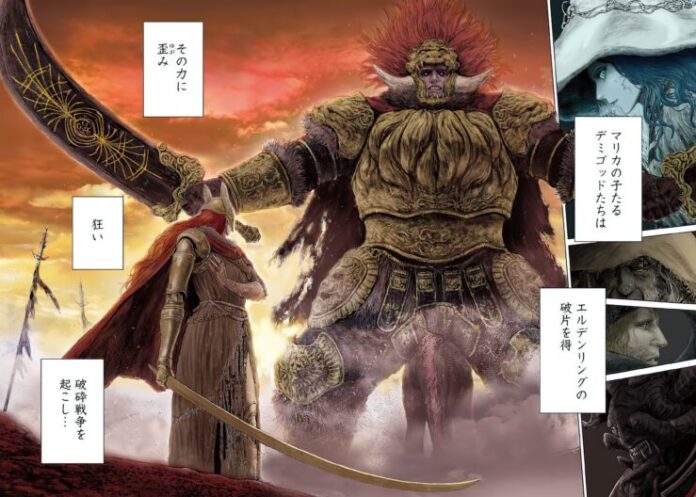 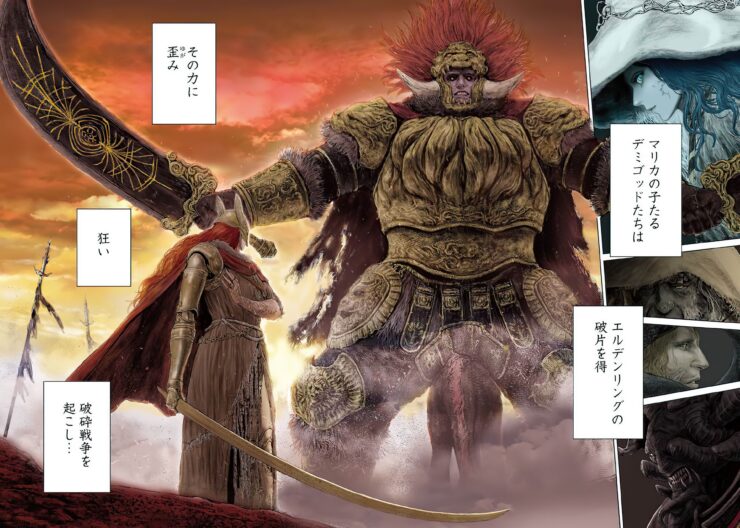 The popularity of Elden Ring is so great that FromSoftware parent company Kadokawa Corporation, a renowned publisher of manga, decided to get Nikiichi Tobita (author of Monster X Monster, Shinobi Gataki, and A Cursed Sword's Daily Life) to adapt the franchise.

Strangely enough, the Elden Ring manga is actually a comedy. The first two chapters of Elden Ring The Road to the Erdtree are titled You Thought This'd Be Serious, Didn't You? and Probably Maiden, and you can now read them for free via Comic Walker. Here's the overview provided by Nikiichi Tobita:

Aseo, a poor, Tarnished wretch, finds himself cast out into Limgrave—naked, penniless, hopeless, and maidenless. His only hope in his harsh, unforgiving new home is a mysterious woman named Melina. She urges him to follow the guidance of grace to the Erdtree that looms over the Lands Between. But it won't be an easy road; a cast of colorful characters awaits Aseo along the way—Patches the Untethered, Blaidd the Half-Wolf, Margit the Fell Omen, Godrick the Grafted, and of course, Ranni the Witch...With little but a loincloth between Aseo and certain death, he strikes out for the first stop on his quest: Stormveil Castle. Will he make it there, or will his journey end before it even begins?

The next issue will be released on Monday, September 19th. Over 16.6 million units of Elden Ring were shipped as of June, with the game easily on its way to being one of the most successful premium games released in 2022. So far, FromSoftware has not introduced new content, though plenty of PC mods did. However, the game's fans are now eagerly expecting the official Elden Ring DLCs; an announcement may not even be too far in the future if the studio's previous games are any indication.