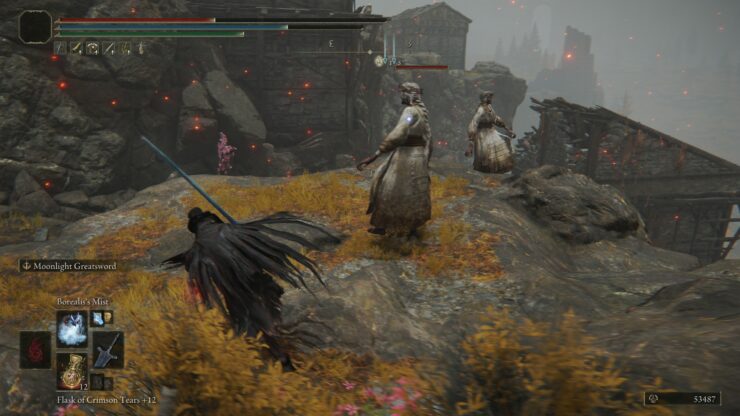 Elden Ring’s been out for a little under four months now, and if its critical reception is anything to go off of, it’s done pretty well. There’s one aspect of the game relatively unique to PC players, and that’s modding, for better or worse. One such case is something we’re gonna talk about today, actually.

Today’s mod brings specific mechanical changes to Elden Ring that alter the game’s dodge animations to those of Sekiro: Shadows Die twice and Bloodborne (for light and medium rolls respectively). For the record, it cannot be overstated that you should NOT take this mod online for any reason, as it could potentially get your account into trouble with Bandai Namco.

Anyways, onto what the mod actually does; the light roll gets replaced with Sekiro’s dodge step animation, meant to emulate the feel dodges were like in that game, as well as the medium roll being replaced by Bloodborne’s quickstep. Simply put, don’t like Elden Ring’s dodge rolls? PC players can install this mod and that’s a problem of the past.

Installing the mod isn’t difficult either, though it should be stated that safe usage of the mod requires the anti-cheat software packaged inside to be disabled (as playing online with mods can get you banned). You have to run the Elden Ring mod loader (which can be found at Nexus Mods), and subsequently, you’ll also need to get the mod in question.

Either way, given that we’ve been talking mods, it should be clear that these features are PC exclusive, and as such, the console population won’t be able to access this in any capacity. That said, if you prefer your dodges from past games, well, there’s now an answer for you. Elden Ring is available now on PlayStation 5, PlayStation 4, Xbox Series, Xbox One, and PC via Steam.