Elden Ring: The Convergence Mod to Revamp the Game With New Classes, Bosses, and More 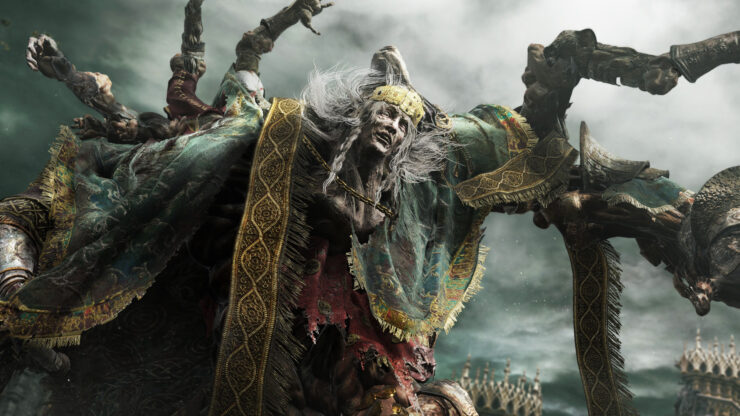 While FromSoftware has confirmed more updates for Elden Ring are on the way, those hoping for an extensive slate of DLC may want to temper their expectations. While anything could happen, FromSoftware isn’t particularly known for their post-launch support and director Hidetaka Miyazaki has already moved on to his next project. That said, even if From skimps on the Elden Ring DLC, modders are planning to step up and expand the game in a big way.

The Convergence was one of the most ambitious and well-received mods for Dark Souls 3, adding new classes, spells, enemies, NPCs, updated maps, and more to the game, and now the team behind that mod is tackling FromSoftware's latest. Elden Ring: The Convergence promises to add new classes, gears, spells, and bosses to the open-world game, although it will be a little different than the last Convergence. Due to the size and scope of Elden Ring’s world, the seven modders working on the new Convergence mod will focus less on altering the world itself, and more on balancing and fine-tuning each of the classes they add in order to provide new optimal paths through the game. Here’s how Convergence team leader Paul Gooch describes the new approach in an interview with VG247…

We are toying with the idea of multiple starting locations for different classes, but I won't make any promises about that right now. Our current idea is that there will be ten or 11 starting classes and once you select one, you will begin the game in a small building or platform out in some ethereal plane.

Then on the platform there will be a certain number of altars that you can interact with. These altars are then the subclasses. For example, if you begin the game as a Warrior, there will be three altars. One would be for the Gladiator (powerstance focused), one for the Berserker (two-hand focus) and one will be for the Dreadnought (weapon and shield focus).

We want new players and veteran challenge runners to both feel engaged by offering a large number of [optimal] paths, each with a very unique route through the game.

Elden Ring: The Convergence is currently without a release date, and will likely take some time to complete, but you can keep up with how things are progressing on Discord and toss in a few bucks to help fund the project via Patreon.

The post Elden Ring: The Convergence Mod to Revamp the Game With New Classes, Bosses, and More by Nathan Birch appeared first on Wccftech.