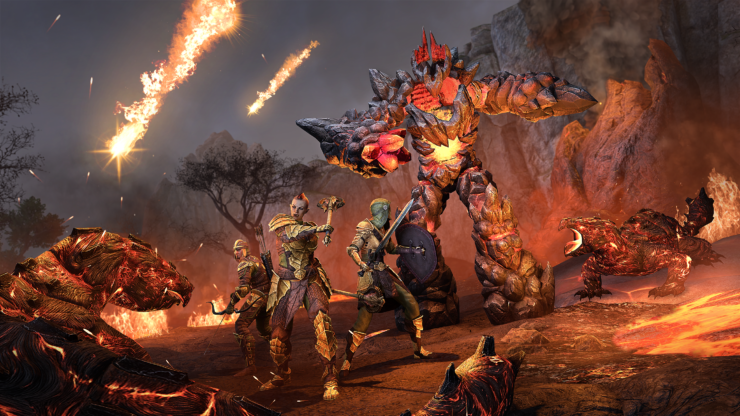 The Elder Scrolls Online has a healthy following of 20 million users across its multiple platforms, tasked with exploring the vast world Bethesda’s designed, with various expansions released. Most recently, when it comes to expansions, was the Blackwood expansion, released in June of last year for PCs and consoles.

Well, as of yesterday, PC players have access to the latest expansion, called the High Isle expansion. Taking place in the Systres Archipelago, players are allowed to visit Gonfalon Bay, where descendants of both humans and elves, the Bretons, reside. You can watch the expansion’s launch trailer below.

The High Isle expansion is the stage for peace talks taking place that could put an end to the Three Banner War and is hosted by the noble Society of the Steadfast. However, players have to be wary of another faction and its chaotic motives, The Ascendant Order. Ruthlessness is considered a virtue here, over everything that occurs here, so players will need to keep their weapons close.

Previously, The Elder Scrolls Online’s previous expansion, Blackwood, brought Companions into the game, and with this update, two new ones will be joining the roster of available Companions. The first is Ember, a Khajiit who grew up on the streets and has a knack for magic, and Isobel, a Breton and aspiring knight who feels called to do right by players.

Other features added include the Tales of Tribute, a card game designed completely within the High Isle expansion, complete with PvP and PvE elements. Tales has its own leveling system that players can increase their rank through, with its own unique storyline and rewards track to boot.